Creamy loaded cauliflower soup is reminiscent of baked potato soup, just a little lighter. Cauliflower is roasted and then simmered with bacon, onion, white wine, chicken stock and blended to silky perfection. Then, sour cream and cheddar give the soup some body and richness. Don’t skimp on the bacon, cheddar, and chive toppings!

This recipe couldn’t be easier to make! It only requires a few pantry staples along with some cauliflower and you’re on your way to soup heaven. 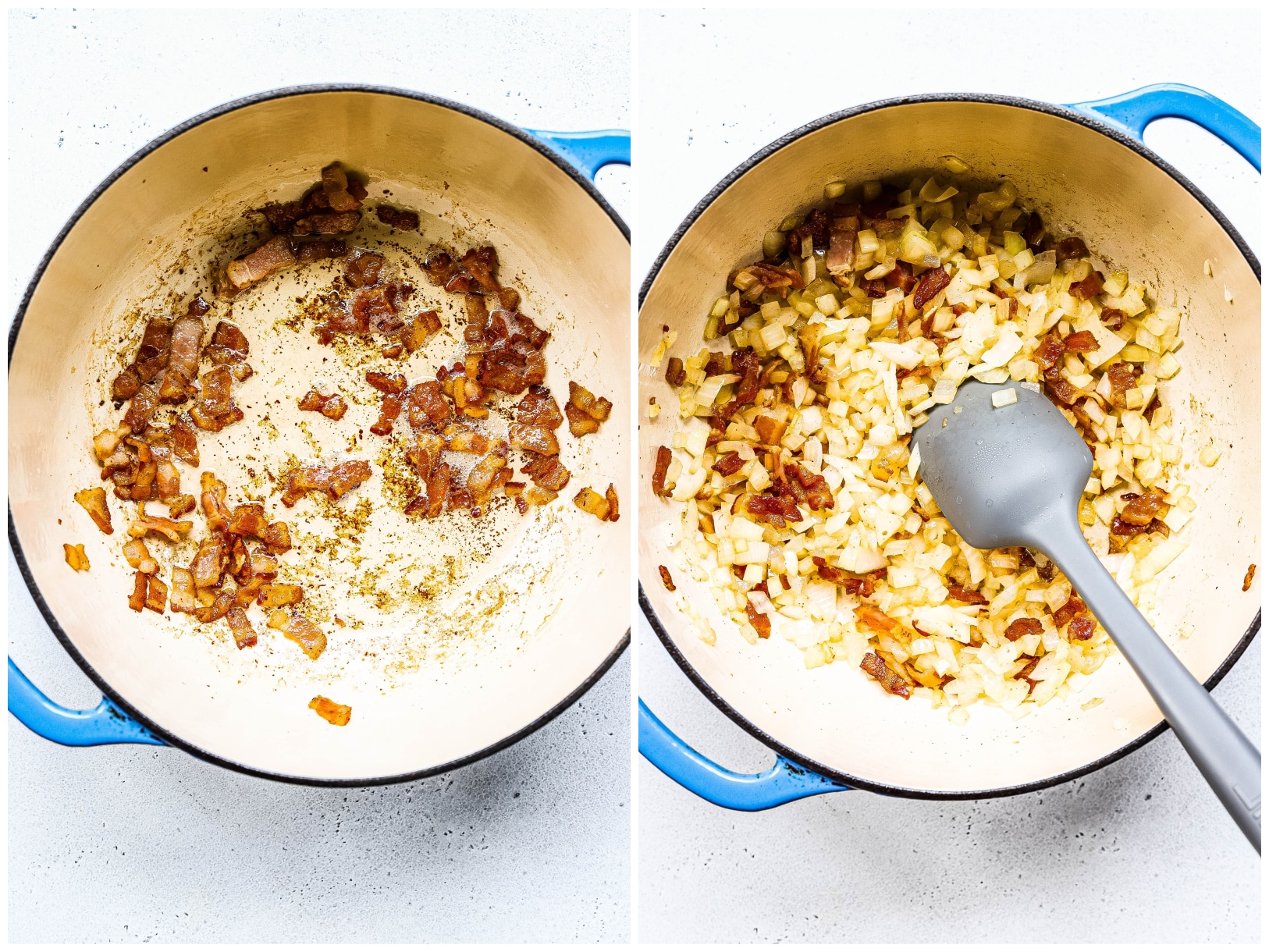 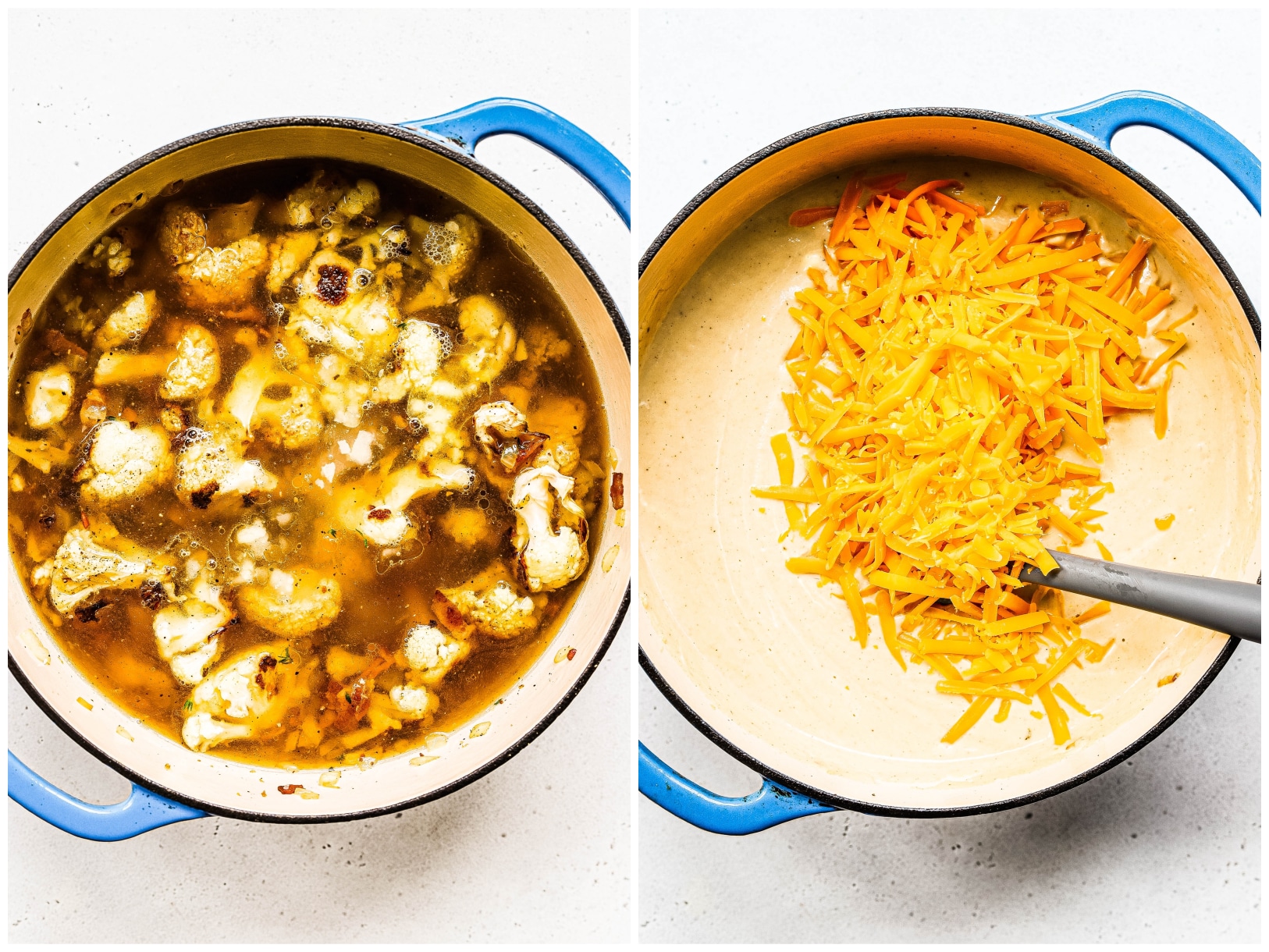 How to prepare loaded cauliflower soup

I really don’t recommend it. I find that frozen cauliflower is a bit mushy and you won’t be able to effectively roast it. Fresh is the way to go here!

How can I store loaded cauliflower soup?

Loaded cauliflower soup can be kept in the fridge for about 5 days. You can also freeze the soup for up to 3 months. 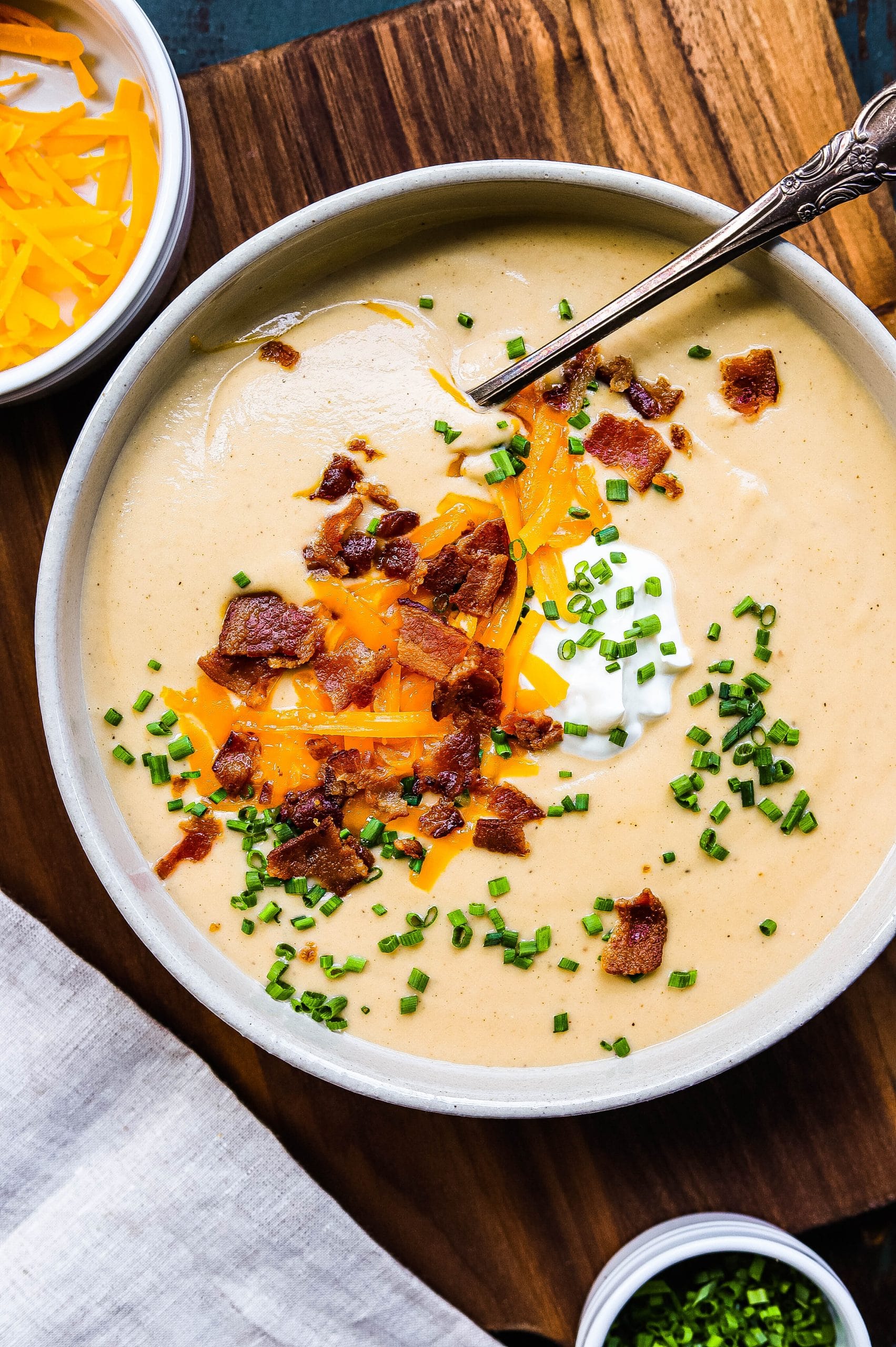