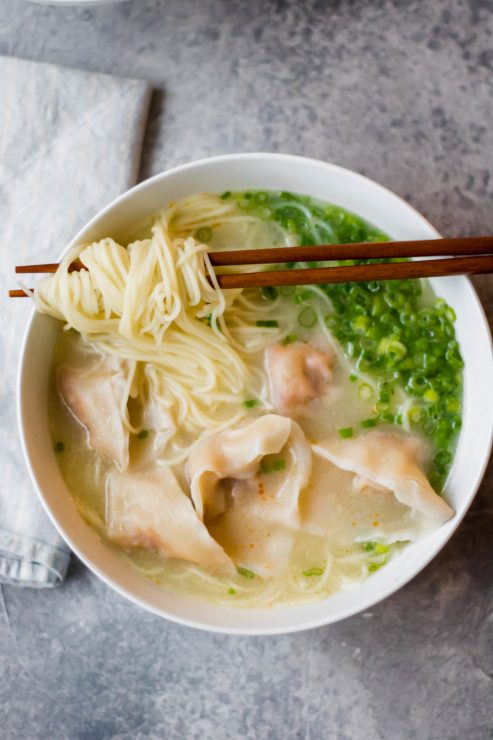 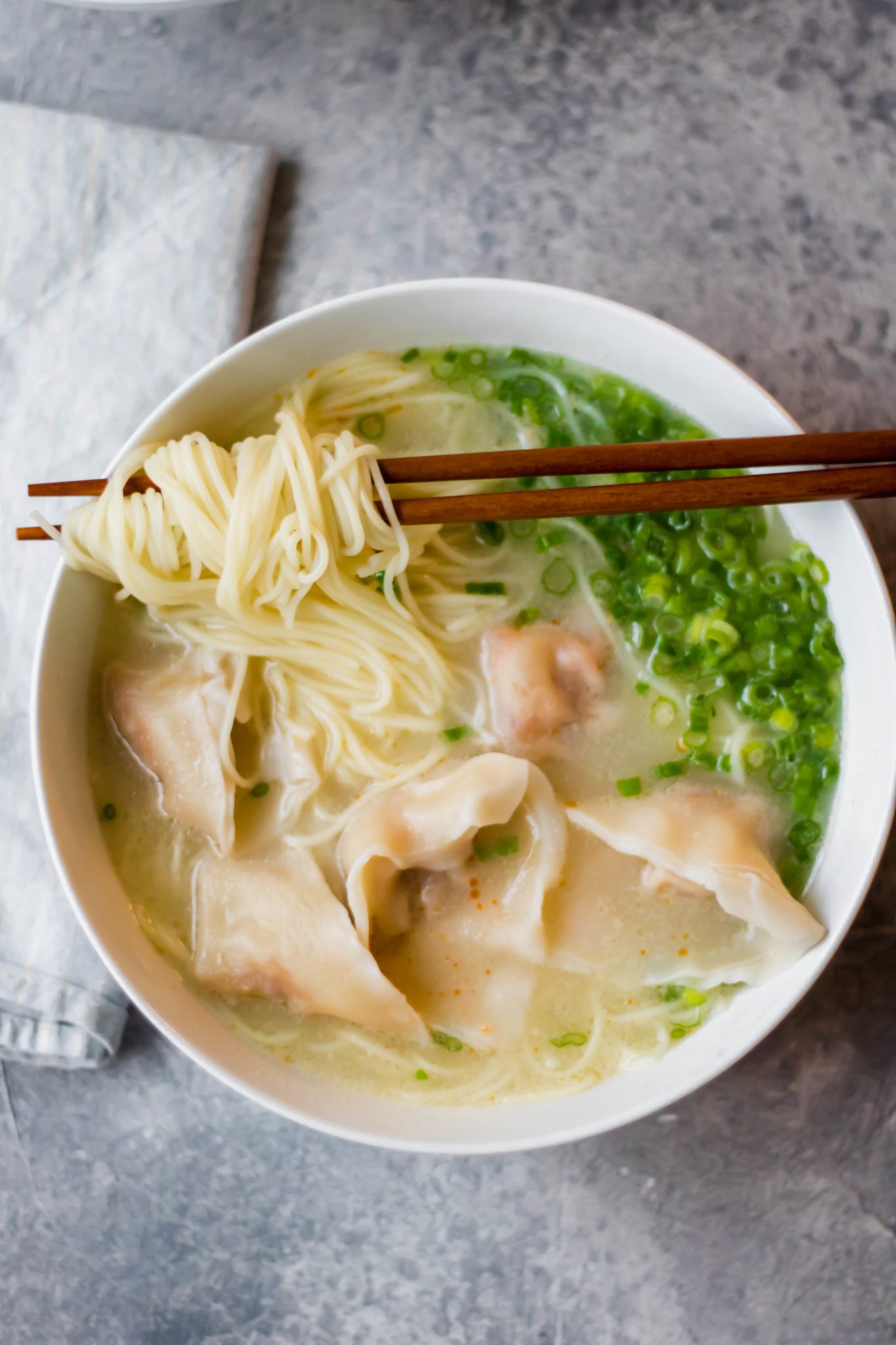 Do you have those comforting dishes that you like to bust out when you’re sick or just looking for a comforting meal? Wonton noodle soup is that meal for me. If I’m sick, I add lots of extra ginger and chili oil to the broth and I swear it fixes me right up. It’s been the rainiest month ever in Texas (weird, I know), and even though it’s still 85 degrees out, I still reach for my wonton soup.

I love the recipe because even though it takes a bit of time to make the broth and wontons, I usually make a large batch and store everything in the freezer and then I can have wonton soup at my fingertips whenever I want. 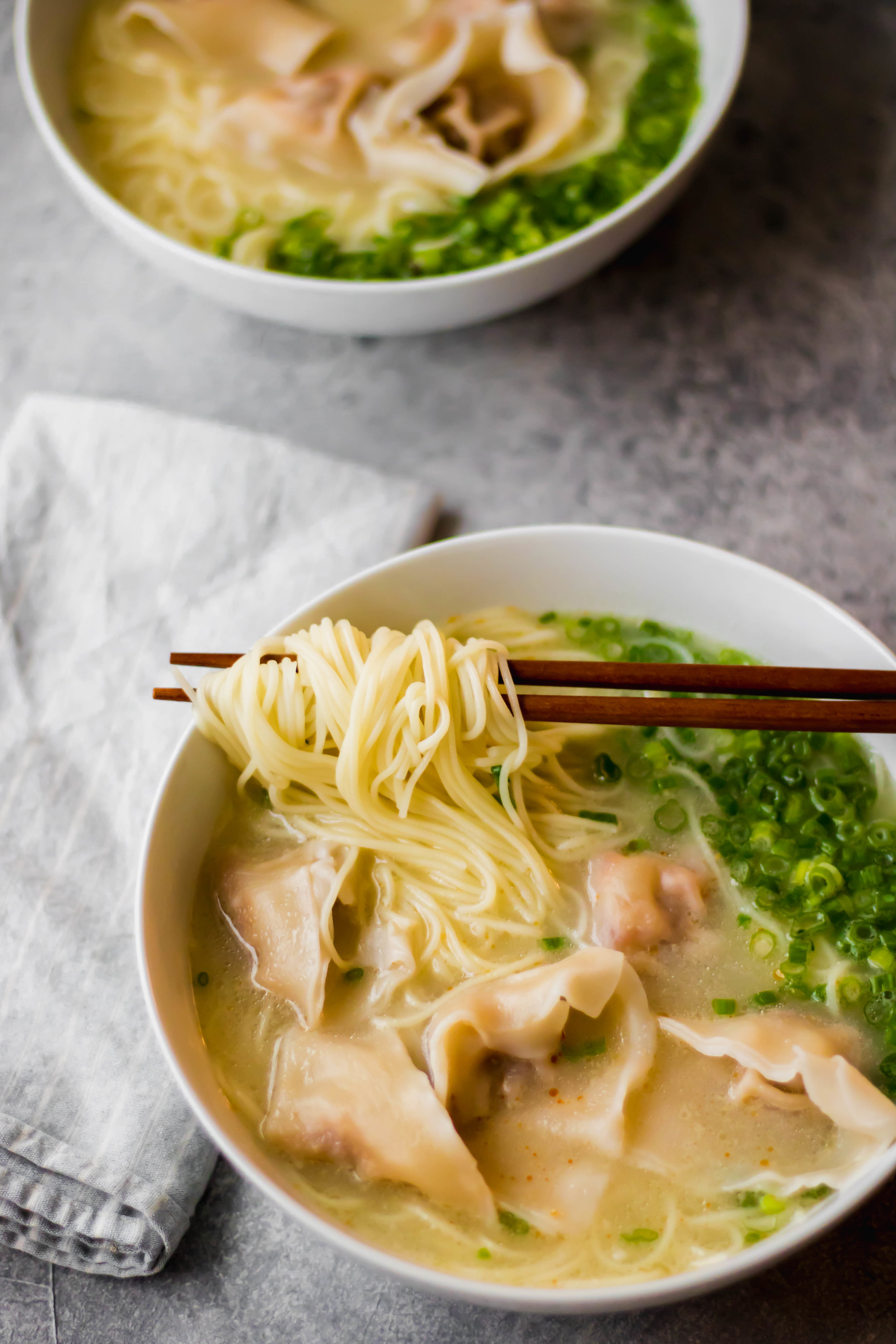 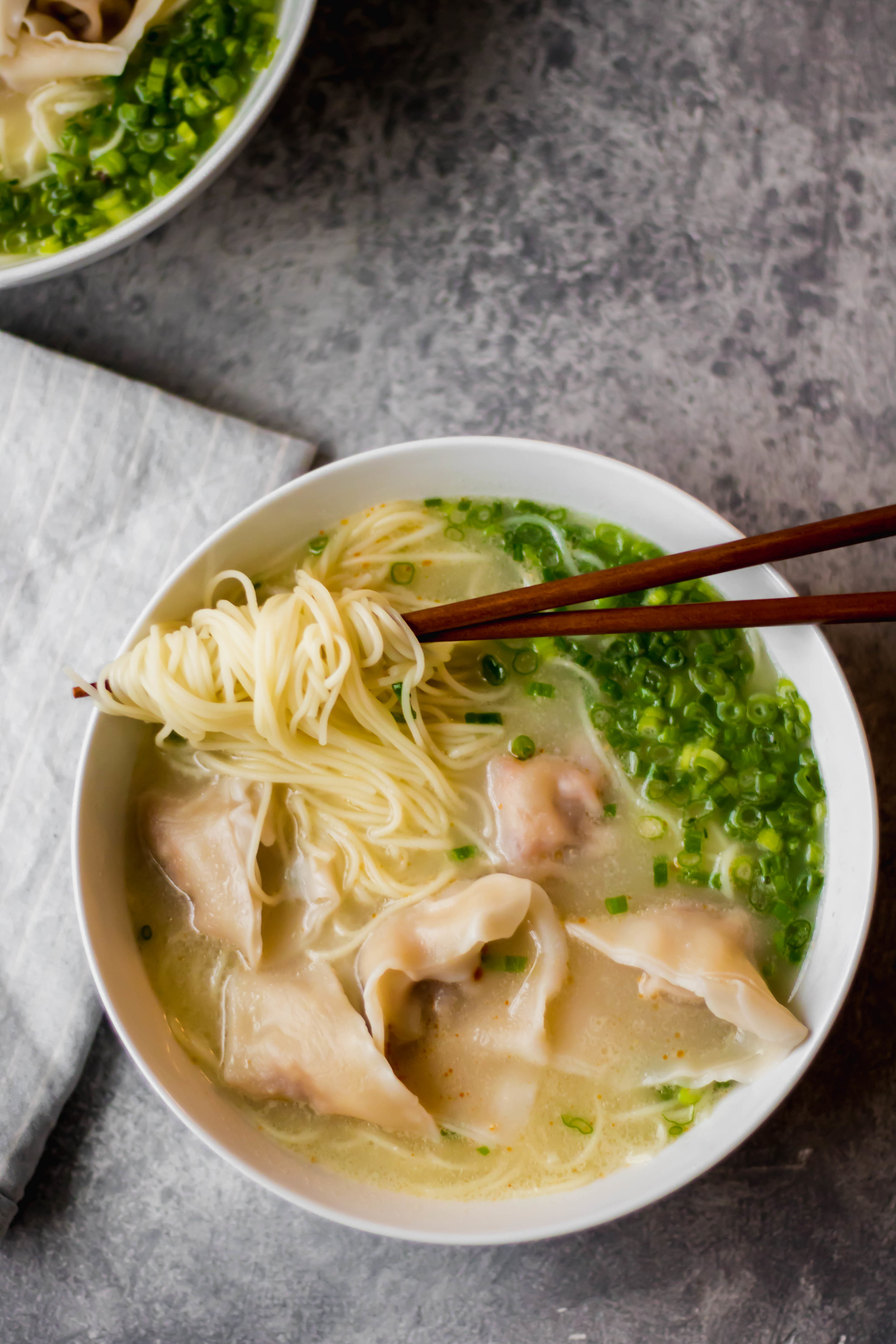 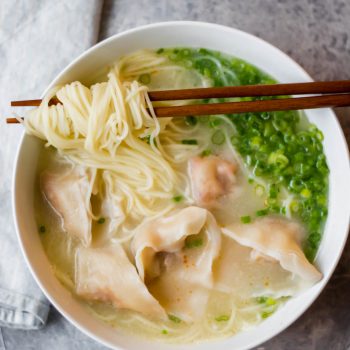 Notes: You can absolutely use storebought broth in this recipe to cut down on time, but I will always prefer homemade broth to store bought. Both the broth and extra wontons can be frozen. I find that if I'm going to make wontons, I might as well make a large batch and freeze what I don't use. Wontons can be cooked directly from frozen in boiling water. The noodles that I used are called Canton Style Egg Noodles and can be found at most asian grocery stores. Angel hair pasta can be substituted if necessary.