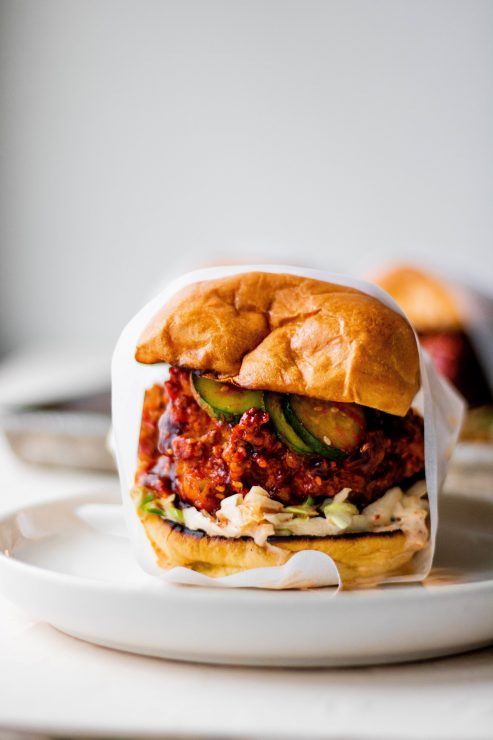 Spicy Korean fried chicken sandwiches are one of my favorite recipes ever. Marrying crispy fried chicken with the most addicting spicy and sticky glaze and an outrageous kimchi slaw is a no-brainer. It honestly hits all the flavor wickets: spicy, salty, sweet, crunchy. Everything you could ever want in a sandwich. 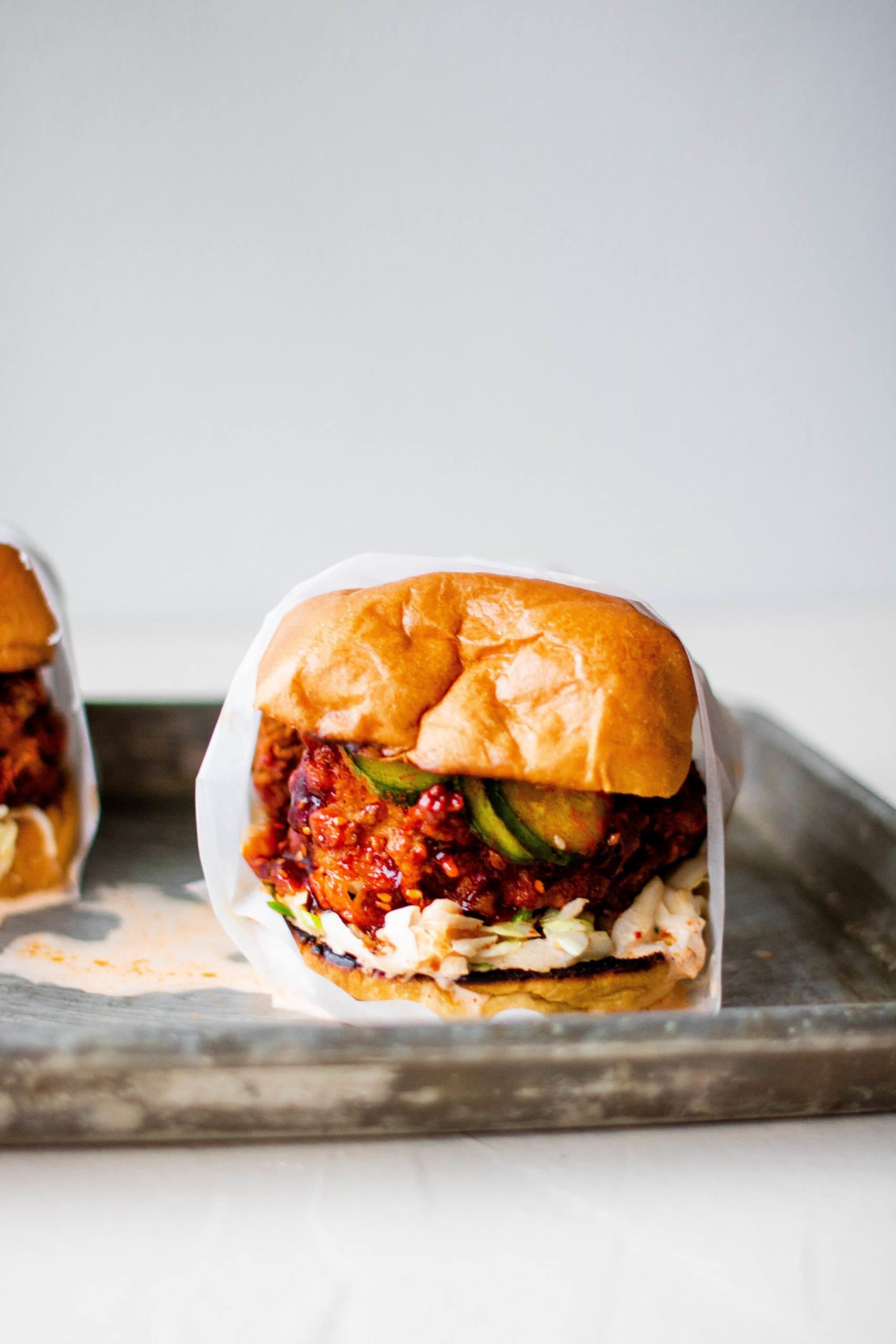 WHAT IS KOREAN FRIED CHICKEN?

In South Korea, fried chicken is consumed as a meal, an appetizer, Anju (food that is served and eaten with drinks), or as an after-meal snack. The crust is crispy and crackly and after frying, the chicken is usually hand-painted with a sauce using a brush in order to evenly coat the chicken with a thin layer. Koreans have been frying chicken for centuries, but the fried chicken was popularized in the 1970s and 1980s after fried chicken restaurants were established emulating KFC. I don’t claim for this recipe to be authentic in any way and think of it as a fusion of Korean flavors with a delicious chicken sandwich.

There are definitely a couple of steps to making this glorious spicy Korean fried chicken sandwich, but it’s all worth it in the end! Both the slaw and quick pickles can be made in advance.

To get really crispy Korean fried chicken, the secret lies in the buttermilk marinade! It really helps the crust adhere to the chicken and gives it lots of flavor and moisture so the chicken doesn’t dry out while frying. The potato starch in the flour mixture also helps achieve a crispy crust.

What does potato starch do in frying?

The potato starch gives the chicken a crispy, golden coating.

Can Korean fried chicken sandwiches be made in advance?

Unfortunately, no. You always want to serve fried chicken right away. However, the glaze, kimchi slaw, and pickled cucumbers can be made in advance!

OTHER RECIPES TO TRY:

If you love fried chicken sandwiches as much as I do, you are going to love this Korean twist!
Print Recipe Pin Recipe
Prep Time: 30 mins
Cook Time: 15 mins
Makes: 4 sandwiches
scale: