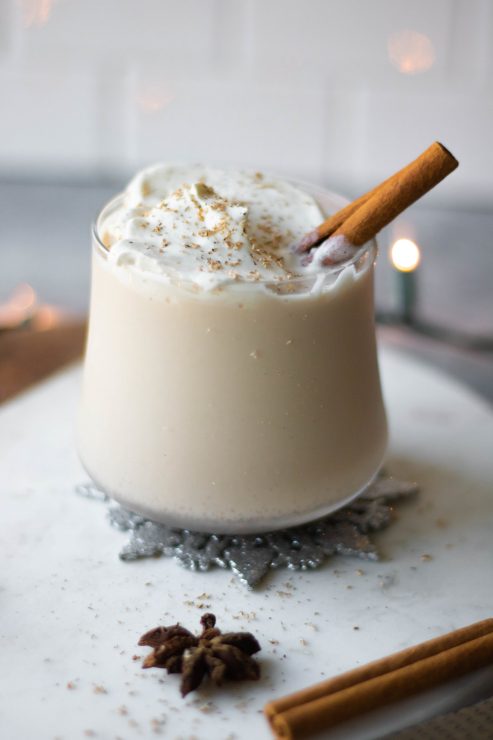 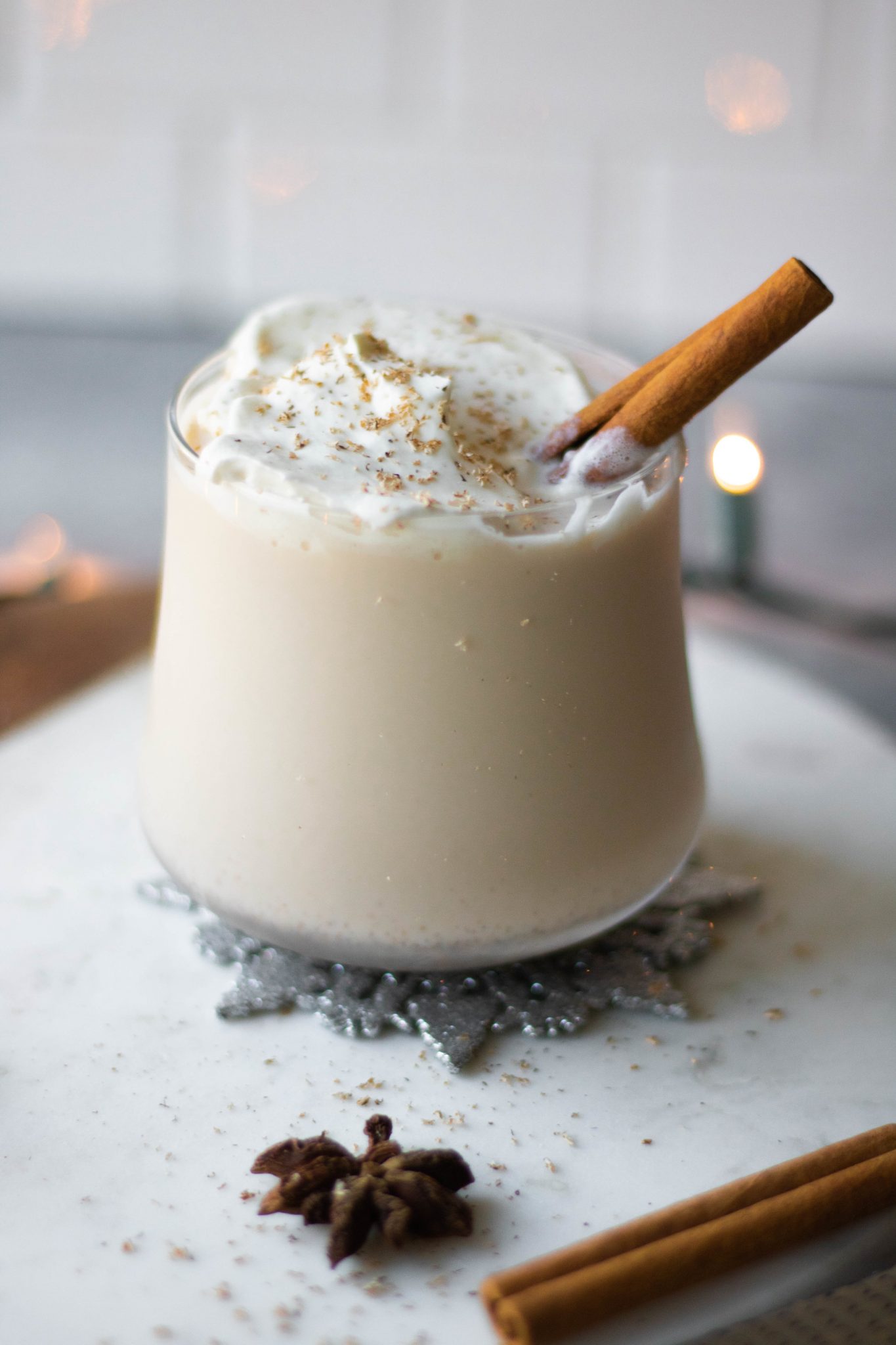 I have a confession. I freaking love eggnog, specifically homemade eggnog. I grew up with quarts of it in the fridge every year. I put it in my coffee. I drink it by the glass. I incorporate it into desserts. Hi, my name is Jenny and I’m an eggnogaholic (but only at Christmastime). All you eggnog haters out there, can just move along. Or maybe don’t, because this recipe might just convert you. It’s that good and so much better than the store bought stuff. And it’s boozy. It’s really hard to go wrong, here. 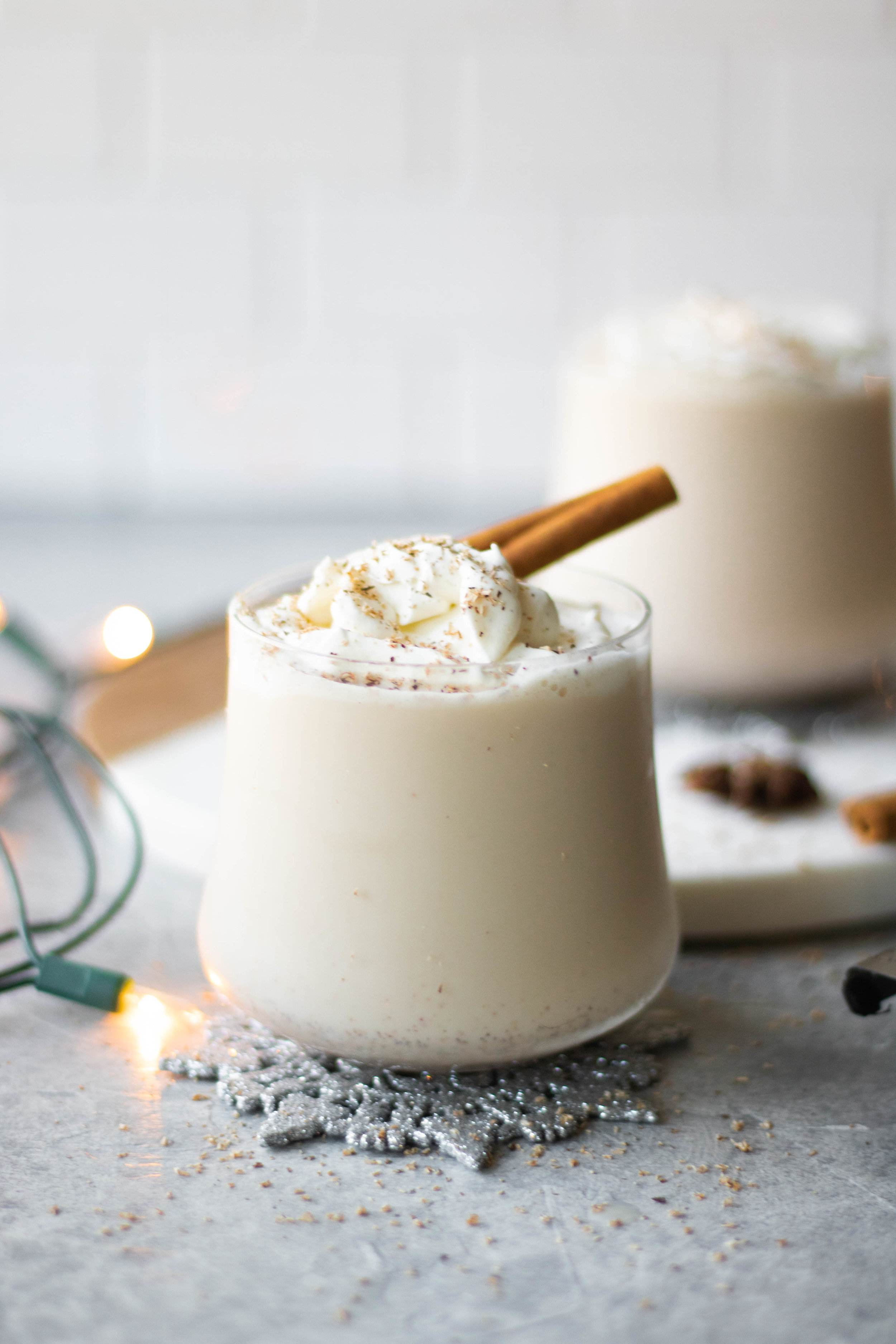 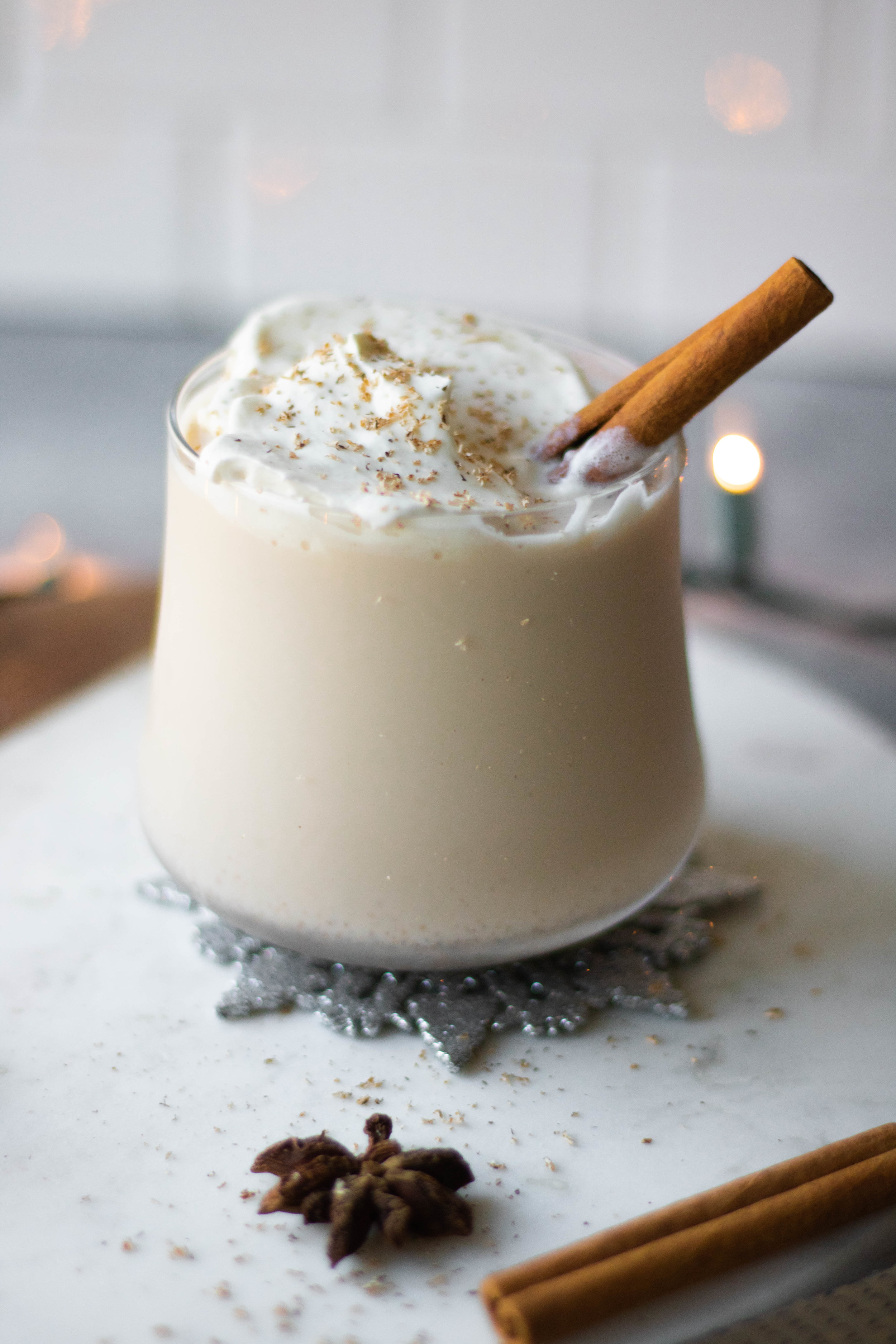 The traditional way of making eggnog is to blend the raw yolks with milk/cream, sugar, spices and to then fold in whipped egg whites to help thicken the nog. The booze is what keeps the bacteria at bay in raw eggnogs. I really don’t have a problem consuming raw eggs. Truth be told, most eggs are pasteurized anyway. But for the sake of making the recipe inclusive, I’ve decided to gently cook the eggnog so that it’s safe for everyone.

This way, if alcohol isn’t your thing, you can still enjoy sans booze. Making homemade boozy eggnog really brings out the best, freshest flavors possible. Especially since the recipe calls for fresh nutmeg and cinnamon and vanilla bean or paste. You won’t ever want to go back to store bought after you taste this version! 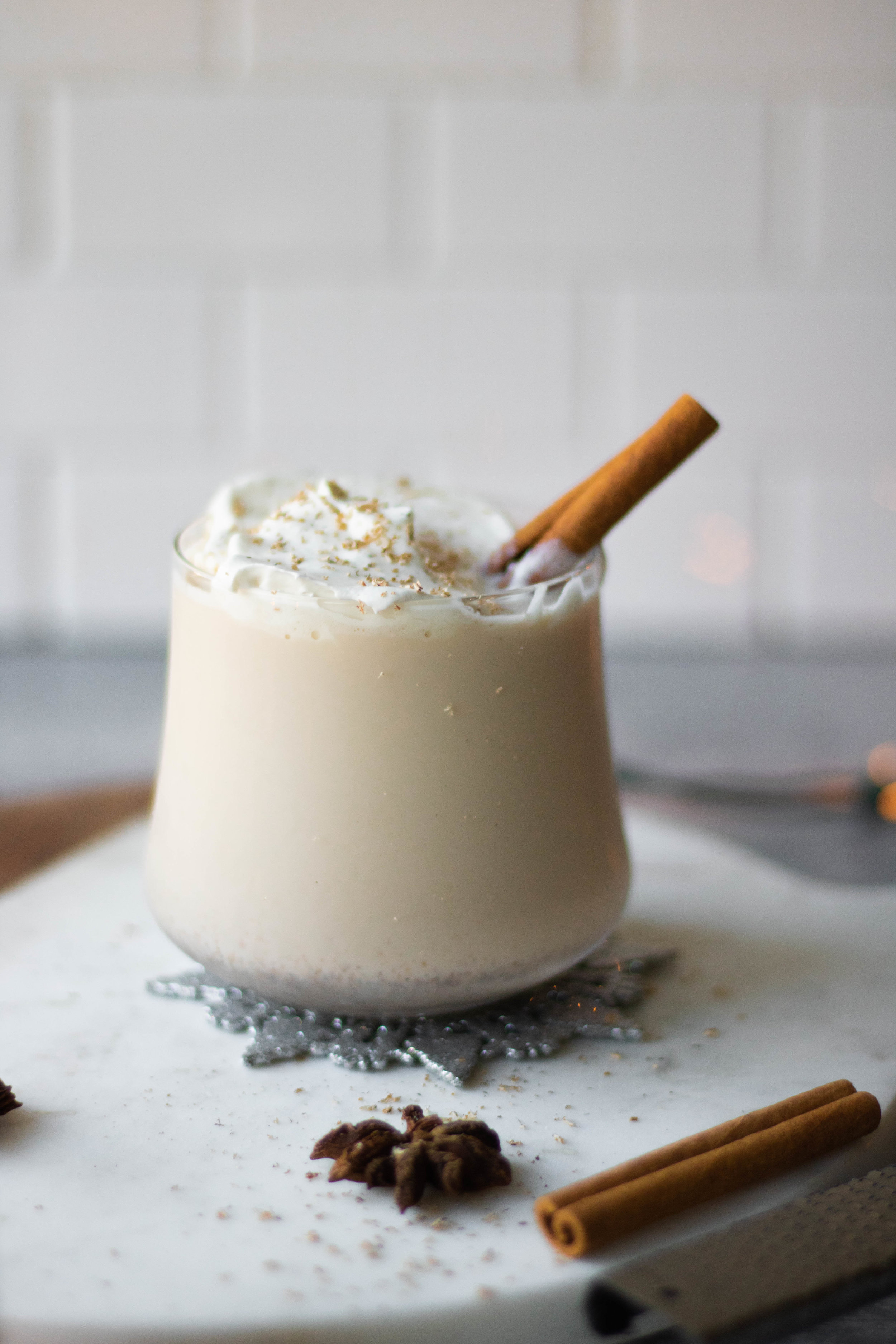 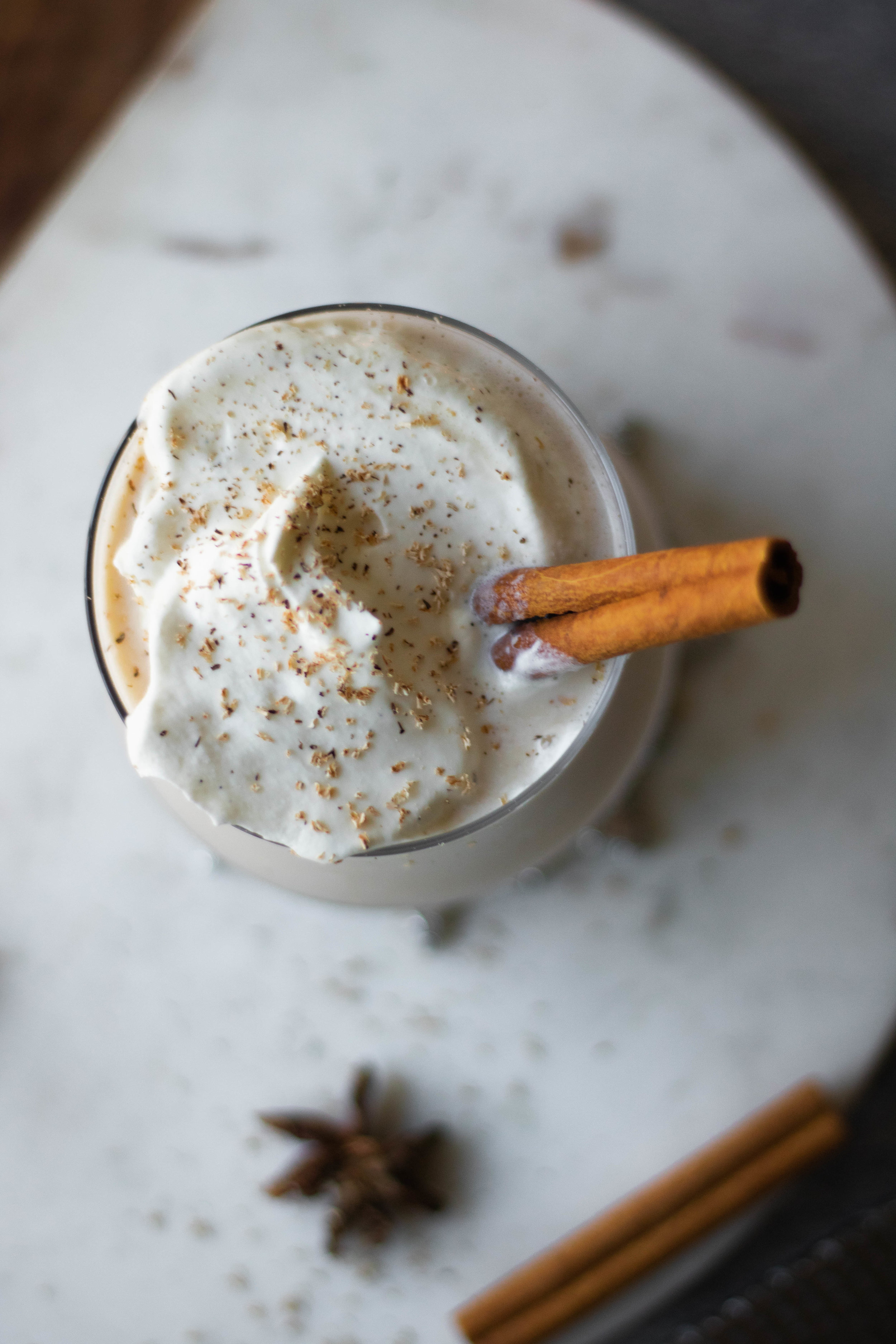 Products I used in this recipe: 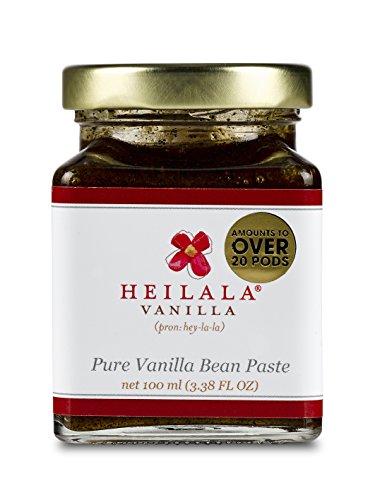 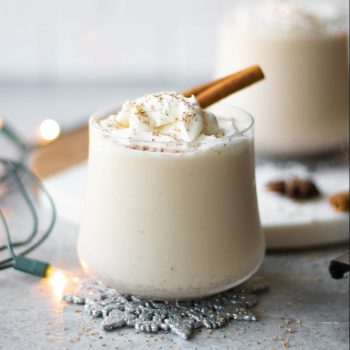