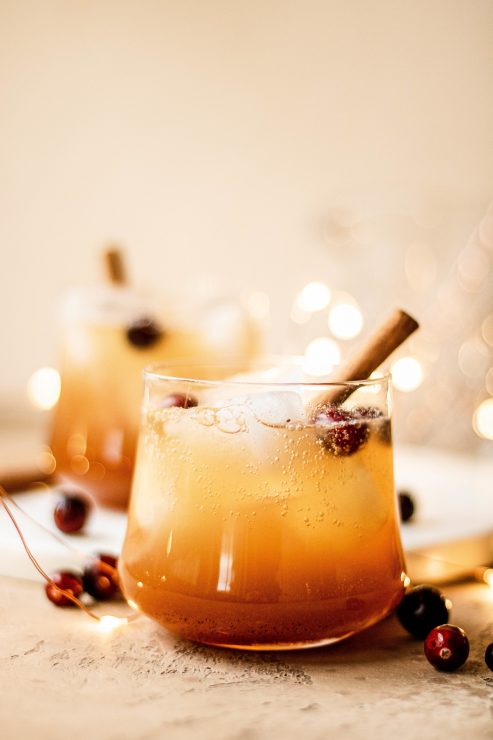 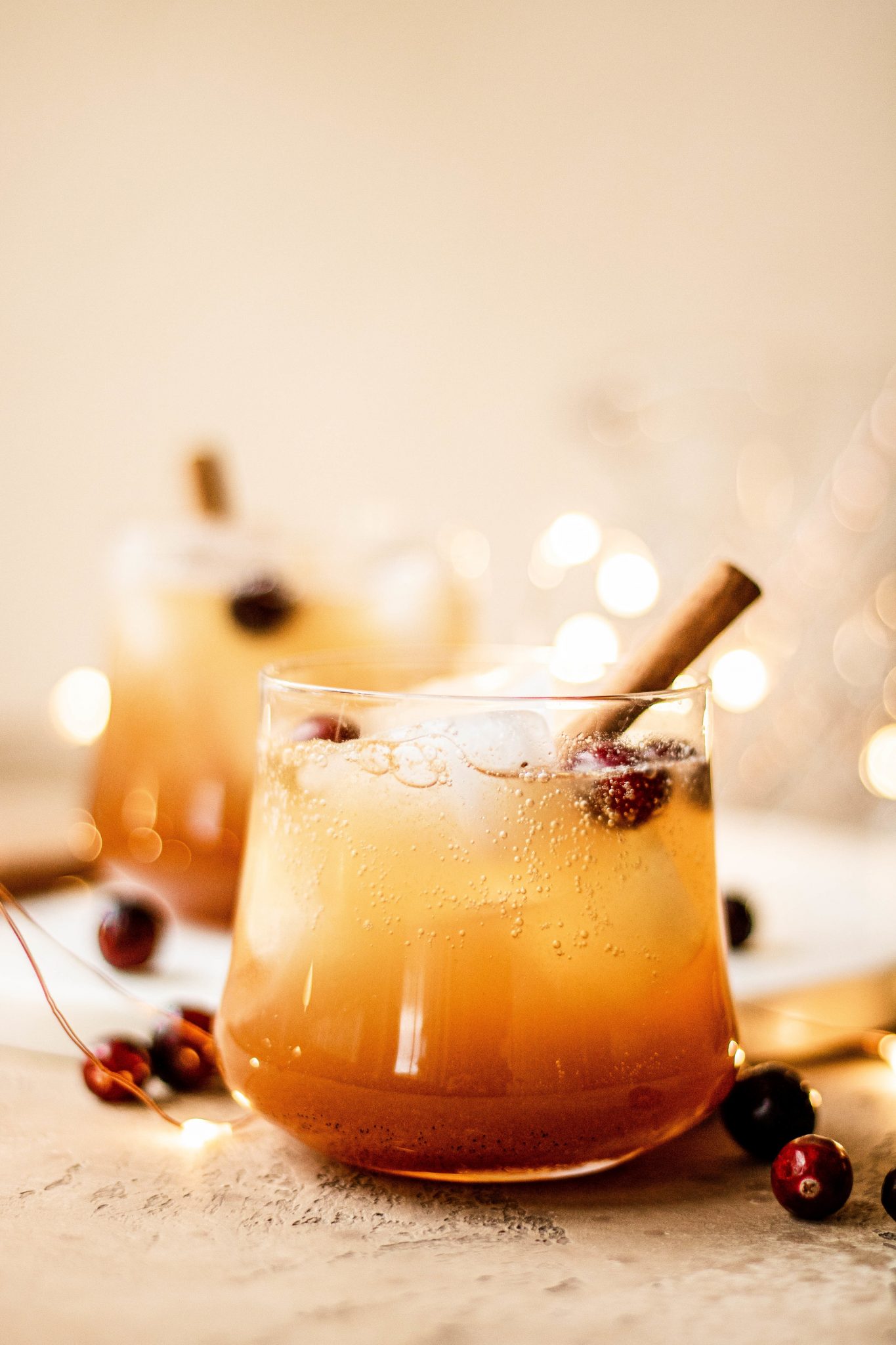 This bourbon apple cider fizz is a really easy, festive cocktail that can be made in pitcher form to serve a crowd. If you want a slightly less boozy cocktail, substitute in sparkling apple cider. Now, I know some of you grumble about having a component you have to make yourself.

Great cocktails require a little bit of elbow grease. And the preparations for this syrup are as simple as throwing everything in a pot over a low flame, setting a timer, and sitting down to watch an episode of your favorite show on Netflix. You’ll look like a pro-bartender at your next gathering. Enjoy!

How to make a Bourbon Apple Cider Fizz Cocktail 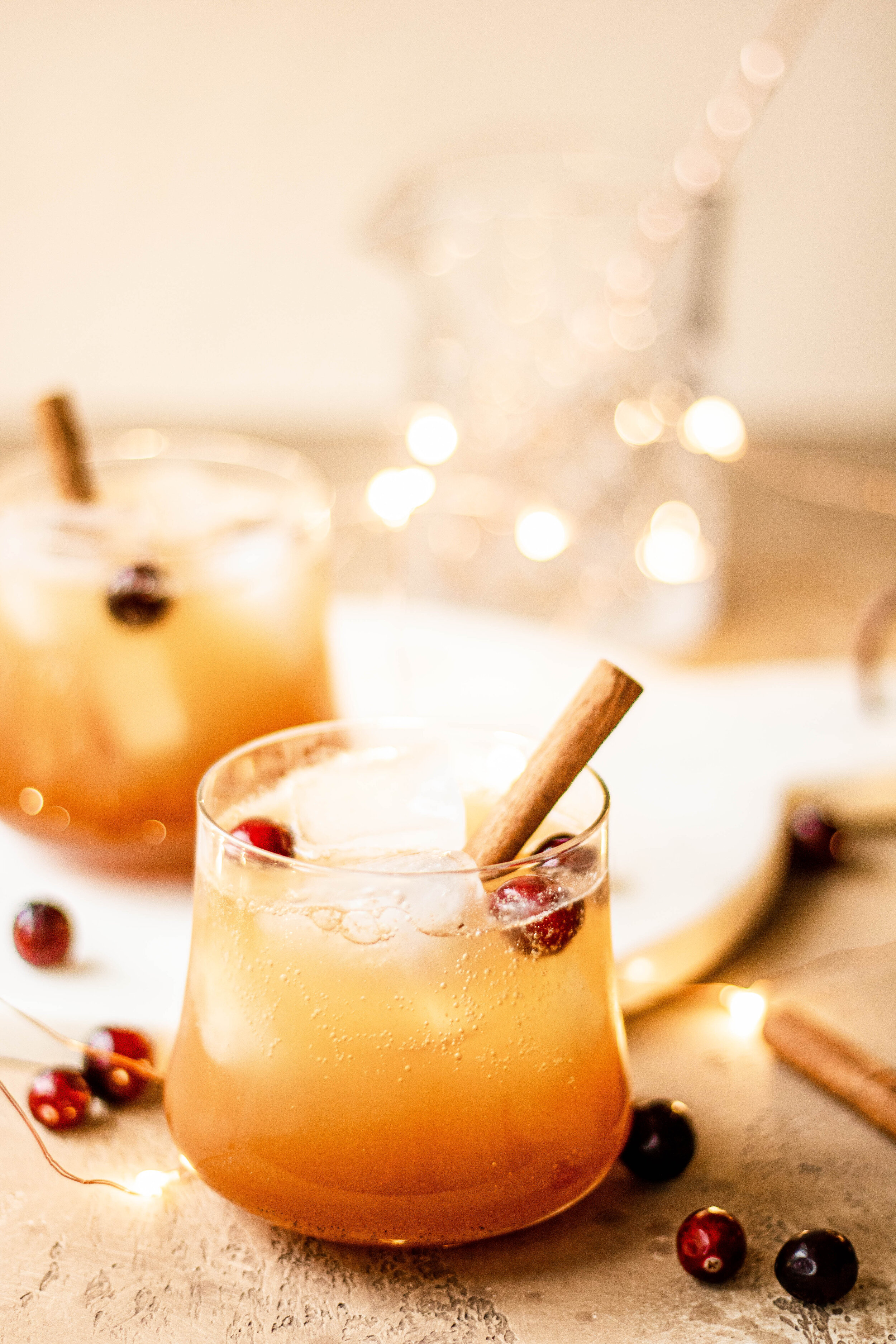 I love making this bourbon apple cider fizz for a crowd and it’s so easy to make a pitcher. Just follow the instructions below.

In a large pitcher combine:

Never add ice to the pitcher as this dilutes the drink. Stir well to combine and when it’s time to serve, pour into cocktail glasses filled with ice and top with sparkling wine or apple cider. 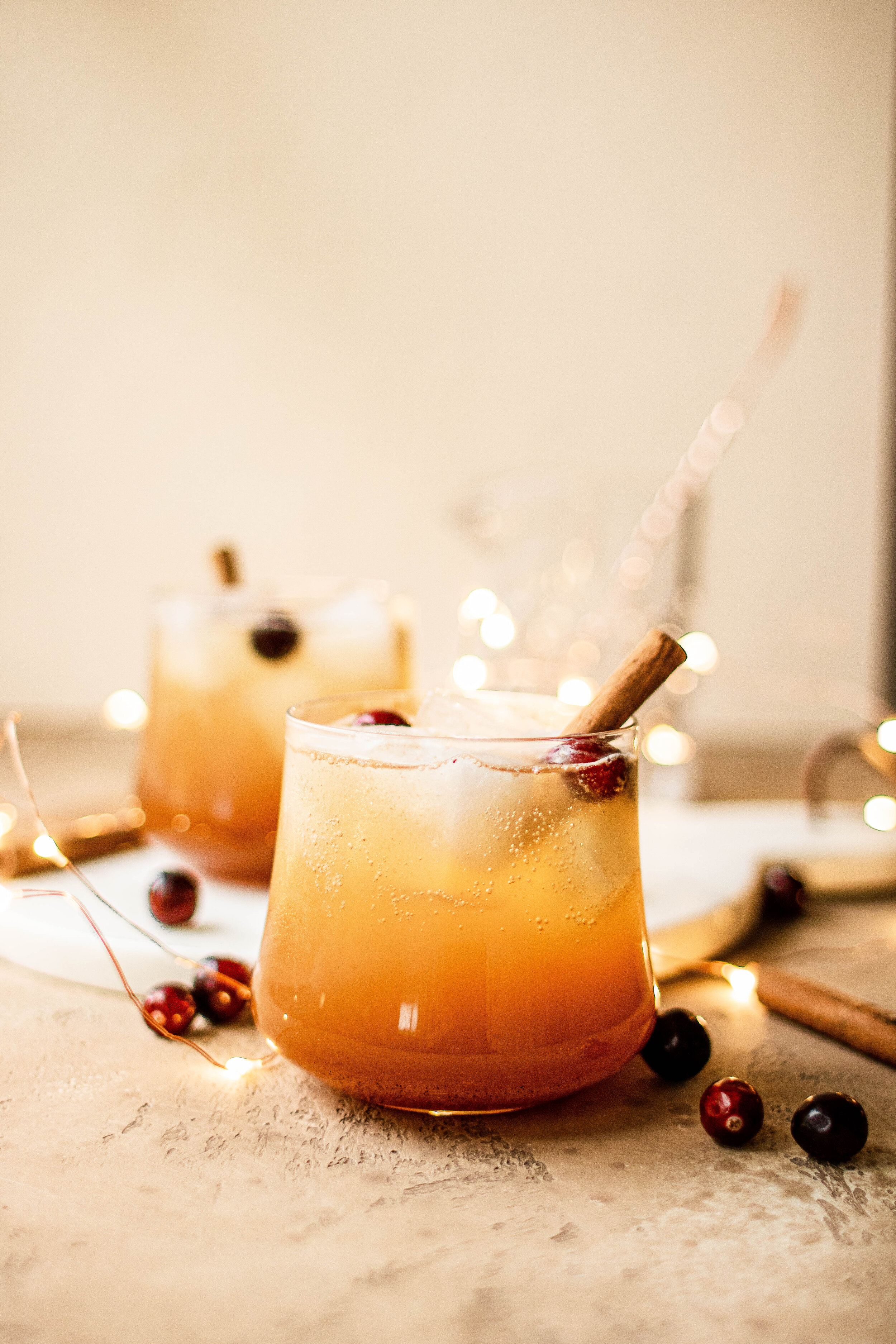 OTHER RECIPES TO TRY:

This recipe contains affiliate links from which I receive a small commission at no additional cost to you. Affiliate links allow me to keep providing great recipes for free and I never recommend products that I don’t love and personally own.

I love a good holiday cocktail and this one is so easy and delicious! It can easily be made non-alcoholic so that everyone can enjoy!
Print Recipe Pin Recipe
Prep Time: 20 mins
Makes: 1 cocktail
scale:

This recipe can be multiplied as many times as necessary to make a pitcher. Keep the sparkling wine/cider separate until ready to serve. If you want a less boozy cocktail, use sparkling apple cider instead of sparkling wine.