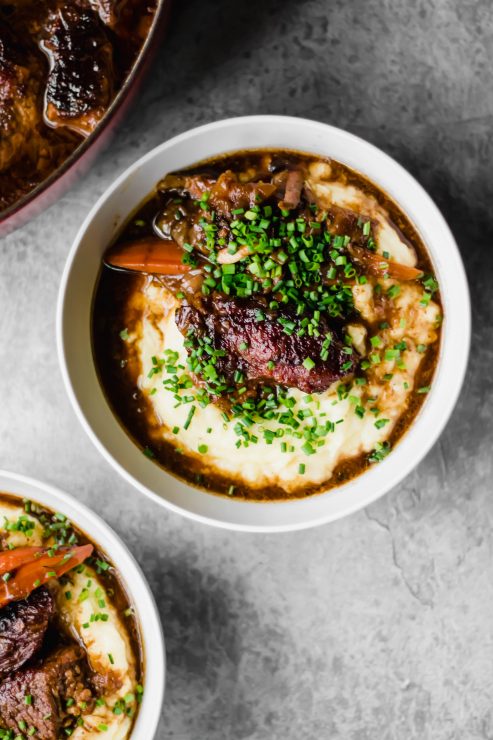 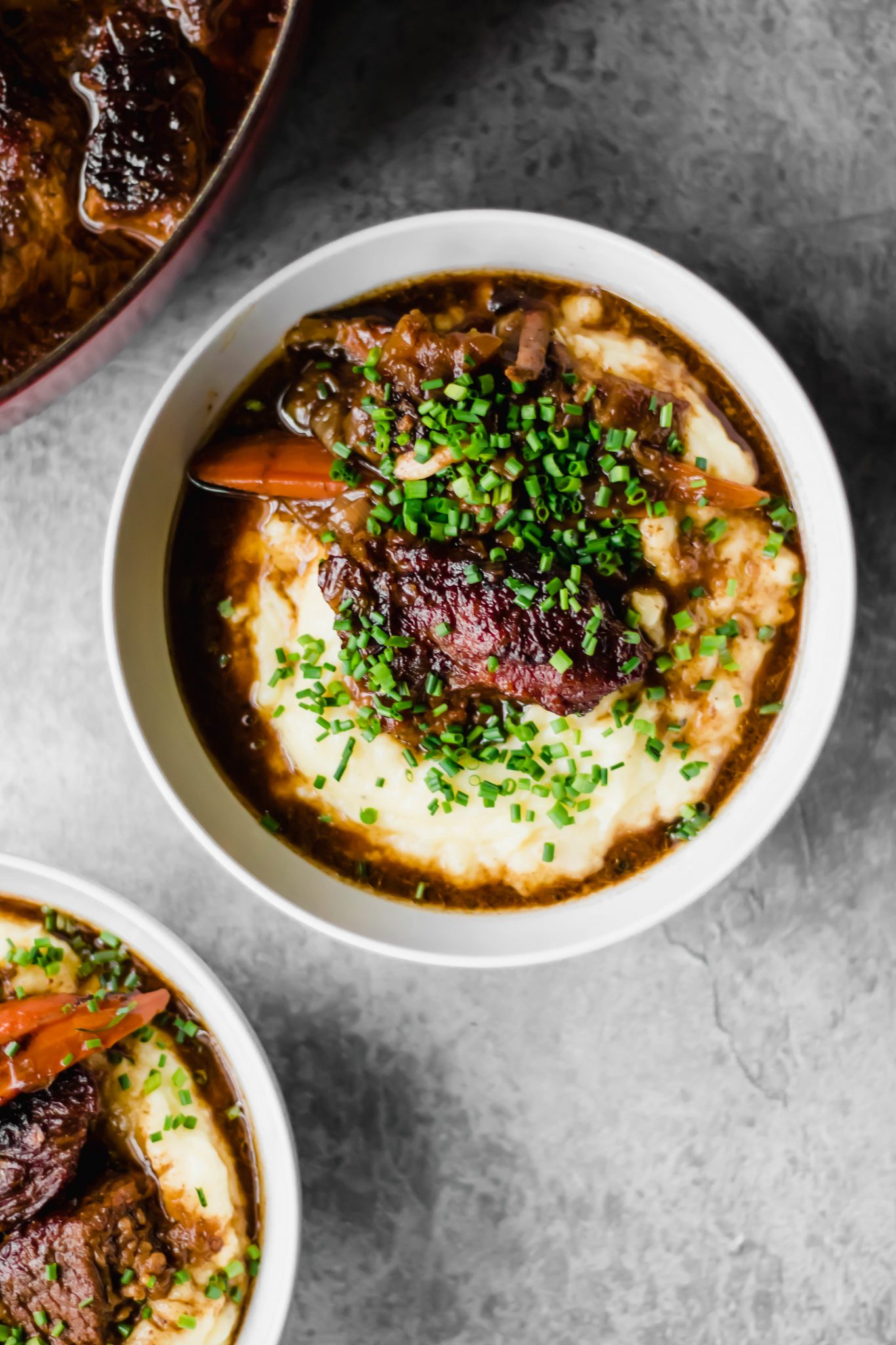 It’s that time of year when I’m all about the stews and braised meats (and sweats and Netflix). Brisket is one of my favorite cuts for braising because it’s nice and fatty, it’s cheap as hell, and they sell big ass pieces of it everywhere in Texas and if it’s beer-braised brisket, then ALL THE BETTER. If brisket isn’t your thing, short ribs would also be great in this recipe as well as beef chuck roast, chuck flap meat, etc. Anything that is traditionally a “tougher” cut of meat with a decent amount of fat in it. And let me tell you right now, FAT=FLAVOR. So please don’t go choosing a super lean cut.

Contrary to popular belief, you can actually overcook something even when it’s cooked in liquid. If you want to get all science-y here, part of what makes beef tender in a stew isn’t just that it’s absorbing some liquid as the beef cooks, it’s actually slowly breaking down collagen and gelatin. When beef is braising, it creates a thick layer of melted gelatin that helps to hold moisture into the meat. When you cook the beef for too long, that layer melts away and allows those juices to escape. It’s like a water balloon versus a sponge. The water balloon pops, and all the moisture is gone but with a sponge, if you press on it, a little liquid dribbles out but the sponge itself still retains moisture. 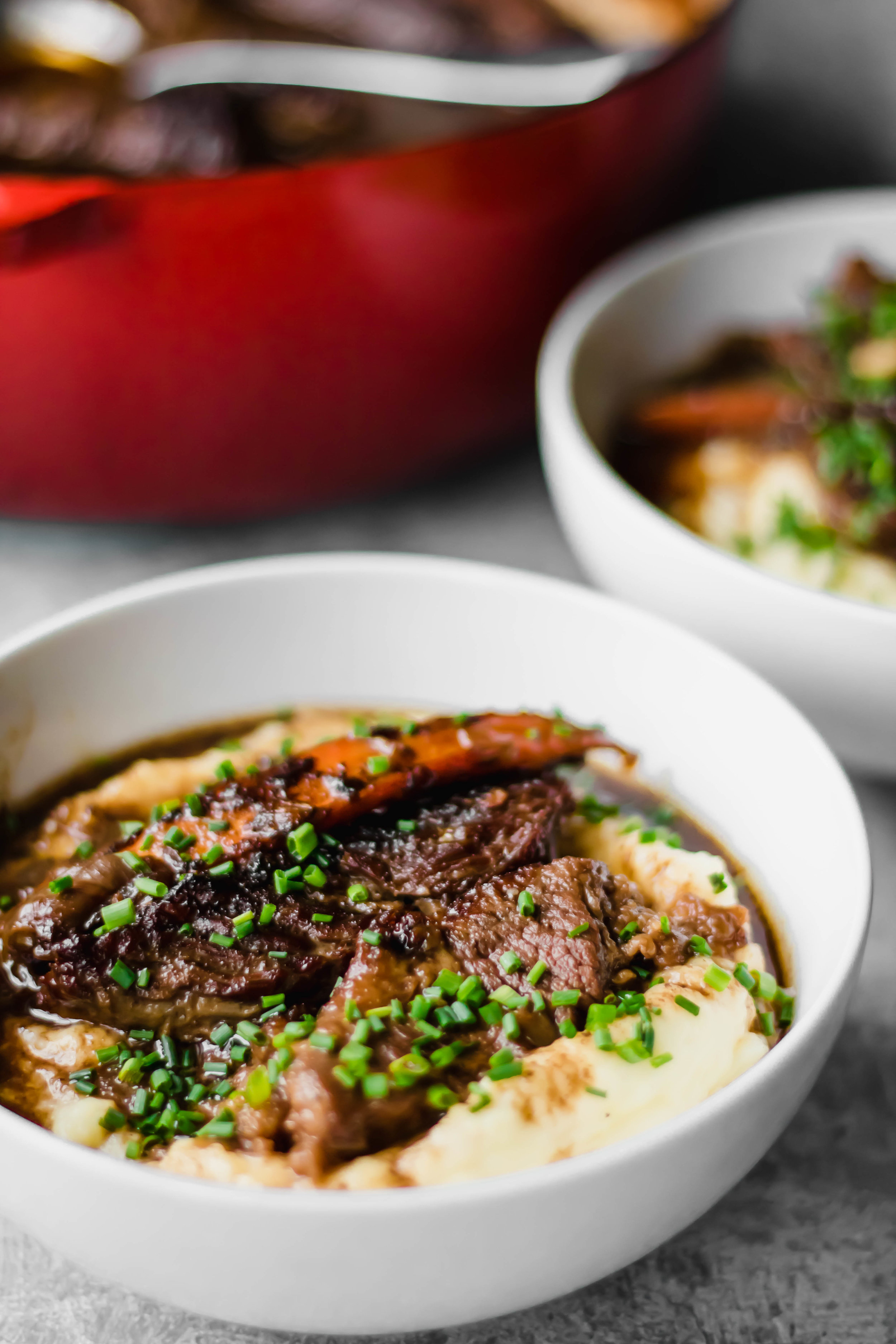 Now that I’ve sufficiently nerded out on the beef aspect, the recipe itself is really simple and can easily feed a crowd. When you go to select a beer for this recipe, choose a darker beer that doesn’t have much bitterness to it. I went with Sam Smith’s oatmeal stout for mine, but realistically most brown ales, porters, and stouts can work. If you are using a stout, try to stay away from ones higher in alcohol percentage as those will likely be sweeter and have more residual sugar. Aim for beers around 6 percent alcohol and you should be good to go! As for the mashed potatoes, these will be your new favorites.

If you haven’t ever used crème fraîche, it’s similar to sour cream but is a little milder in flavor with higher fat content. You can absolutely substitute sour cream in a pinch, or you could make your own crème fraîche! Just add three tablespoons of cultured buttermilk to two cups of heavy cream in a clean mason jar, cover the top tightly with cheesecloth, and let sit at room temperature for 24 hours. Refrigerate until cold, at least 8 hours, before using. So easy! 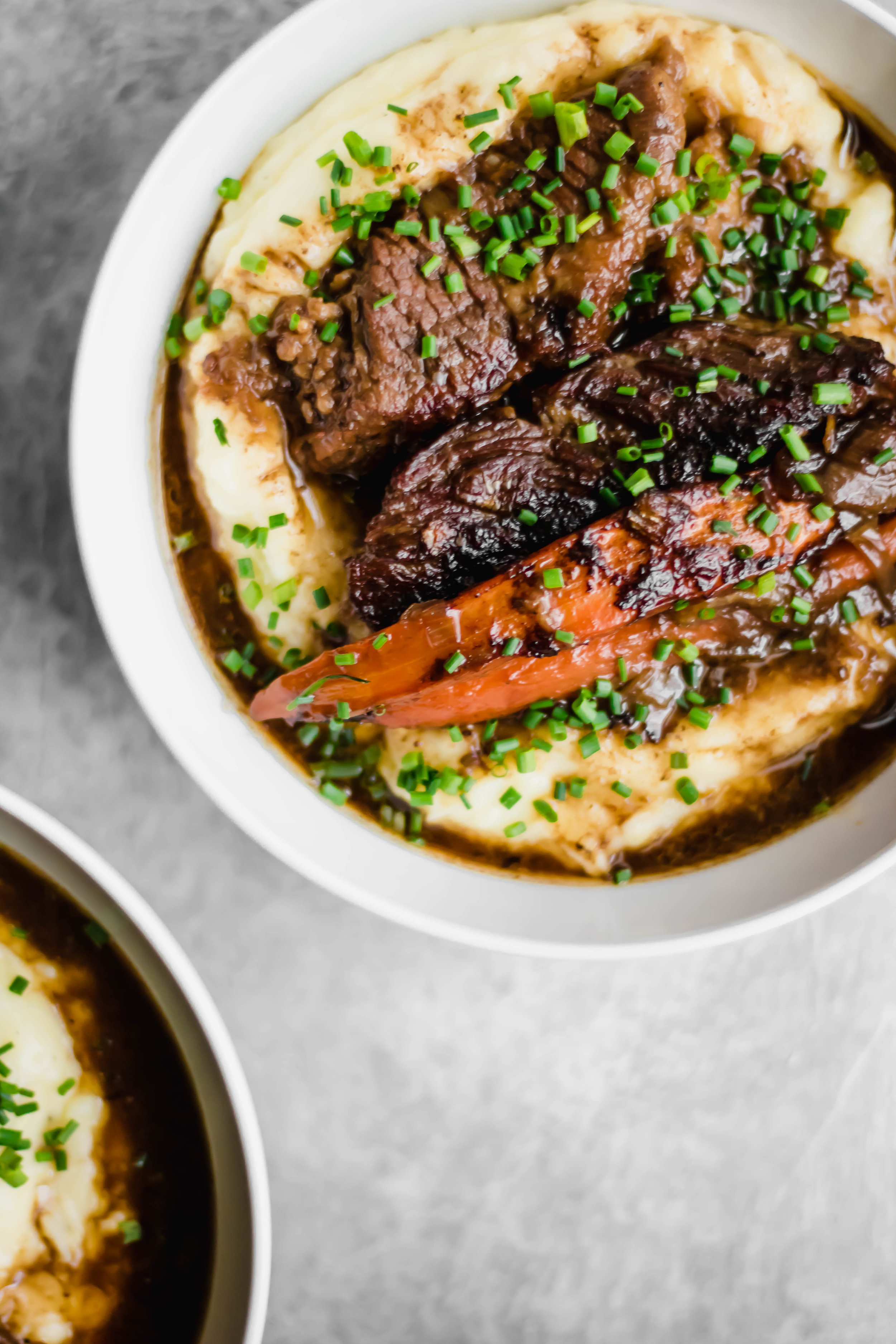 Enjoy this extraordinarily easy and hearty dish! Don’t forget to leave any questions or comments you have in the comments section below. Happy cooking!

Note: You can use a couple of stalks of celery in this recipe if you like, I just happen to not care for celery very much and tend to leave it out of recipes. 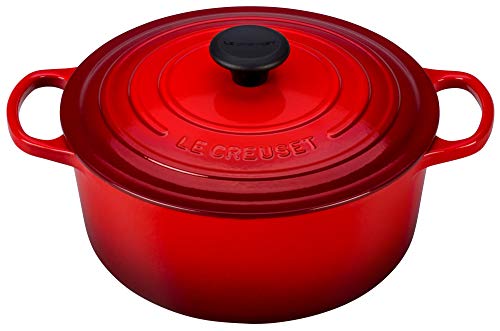 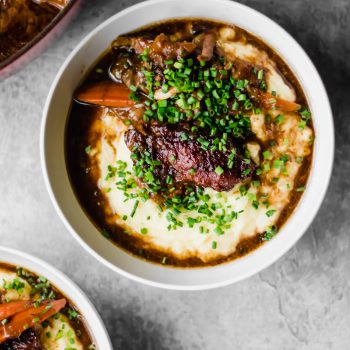