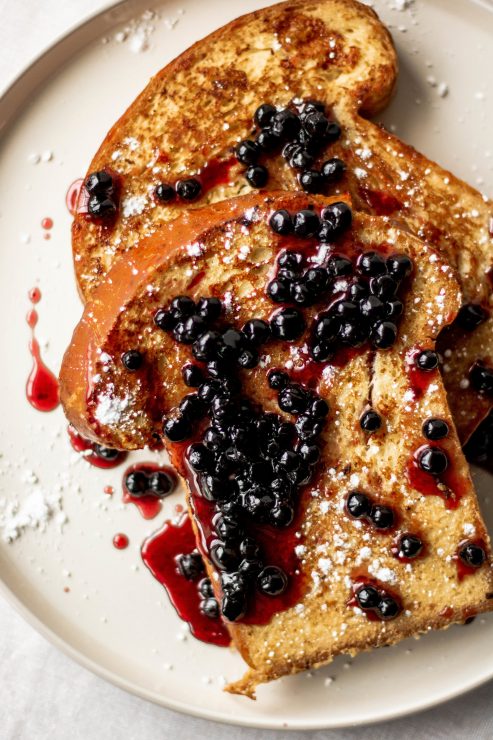 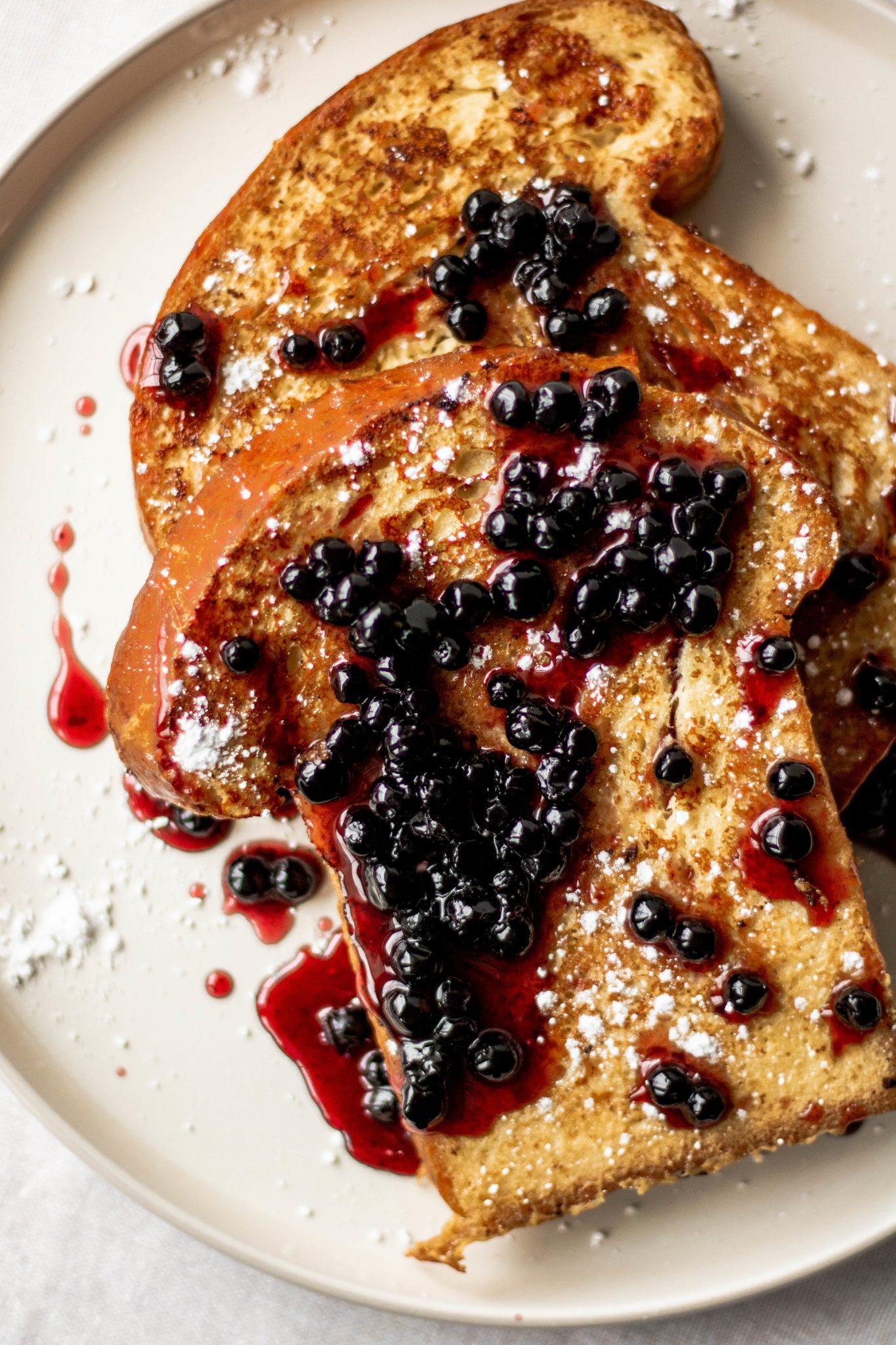 Is it even the weekend if you aren’t making french toast? Inquiring minds want to know. French toast was always my favorite breakfast growing up, but I’ve since traded the sugary brunch dishes for salty, savory ones. These days I’m really an eggs, meat and potatoes kind of gal, but that doesn’t mean that the allure of french toast is lost on me and I’m happy to enjoy a plate every now and then. Especially when I have freshly baked brioche bread. And if I have freshly baked brioche bread, I’m making brioche french toast with wild-blueberry rosé syrup. 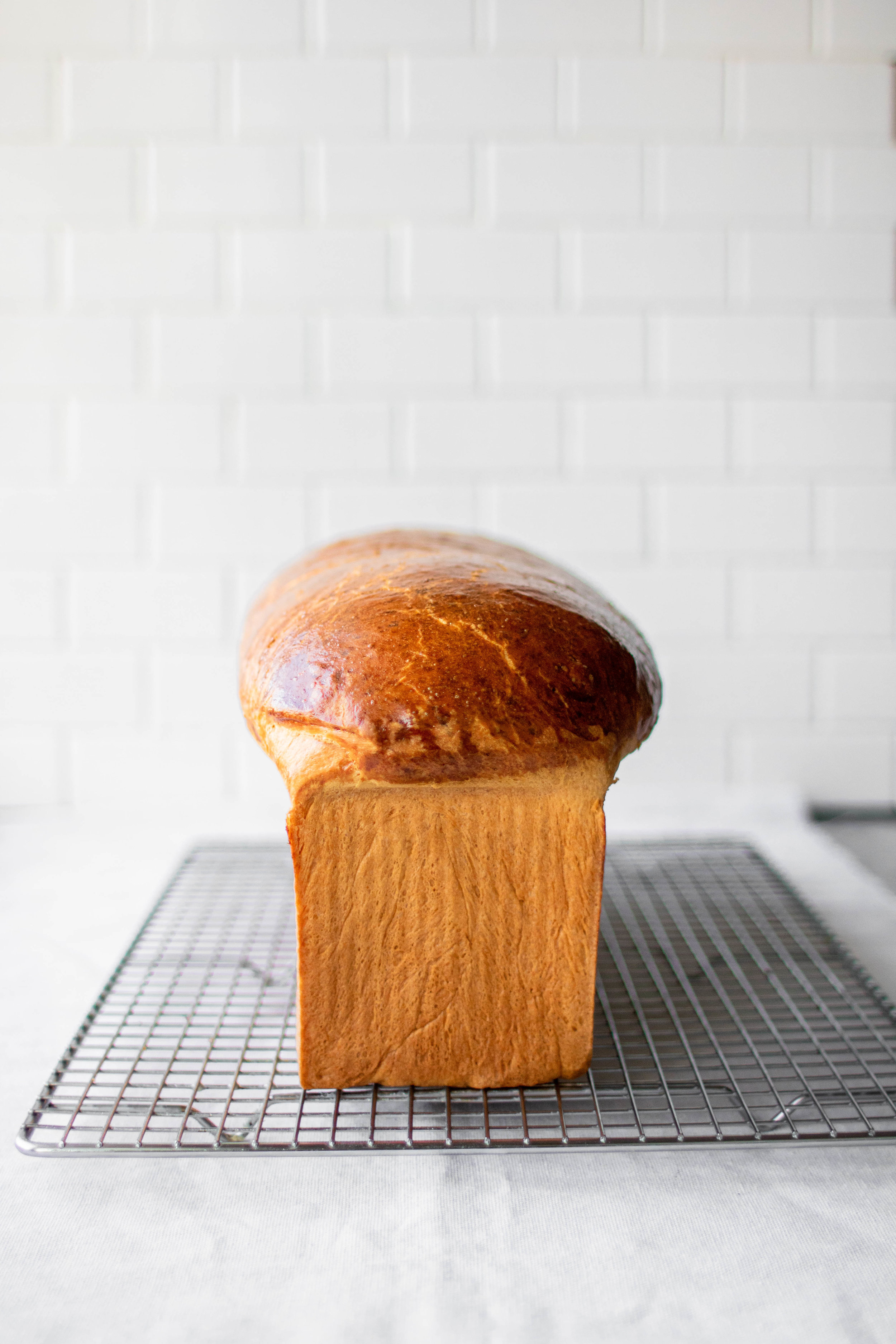 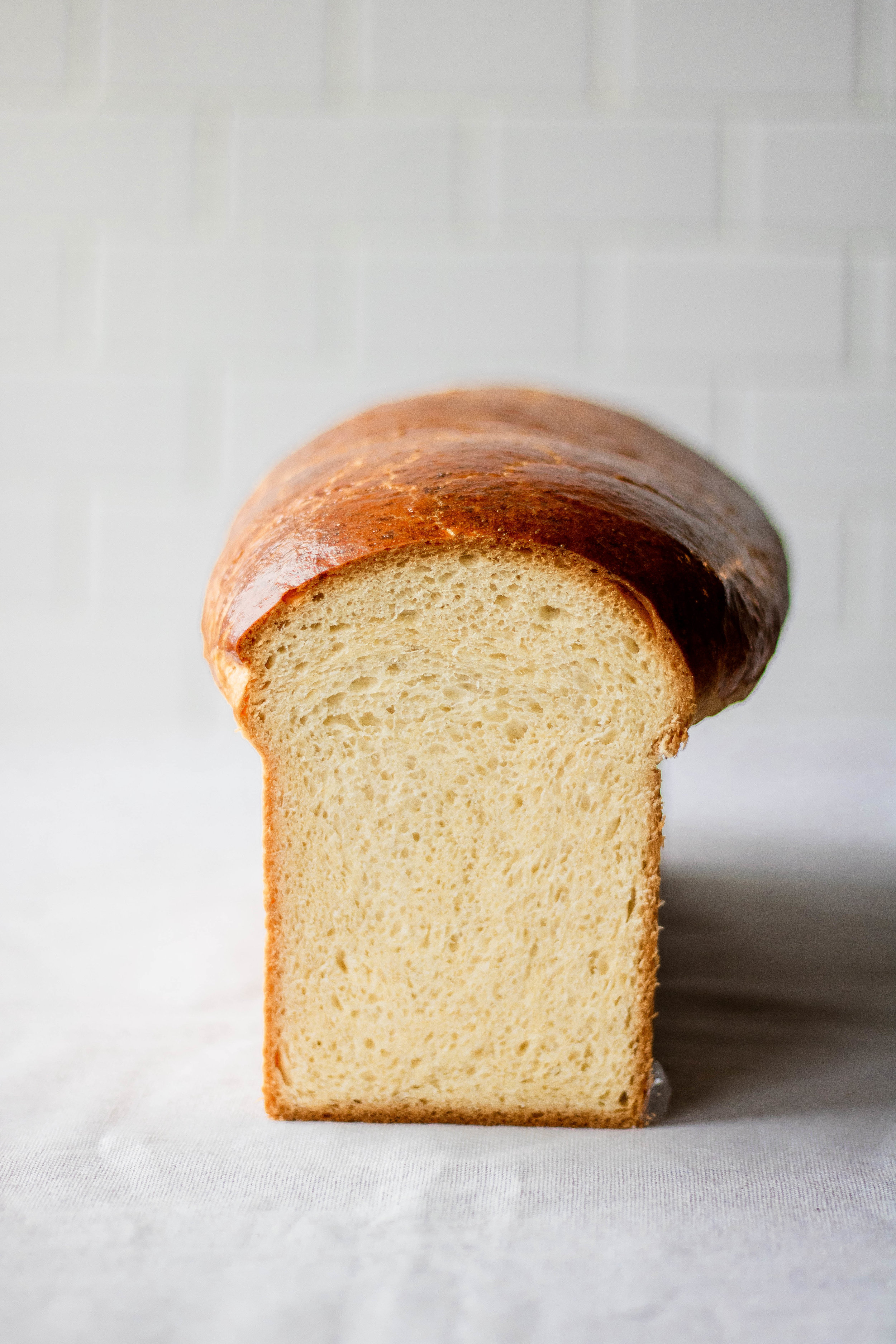 There truly is nothing quite like the smell of freshly baked brioche perfuming your kitchen on a cold day. It’s like the scent can warm you from the inside out. If you have never baked your own brioche, I highly recommend you do so ASAP! It makes amazing sandwiches and grilled cheeses too. But anyway, back to french toast. 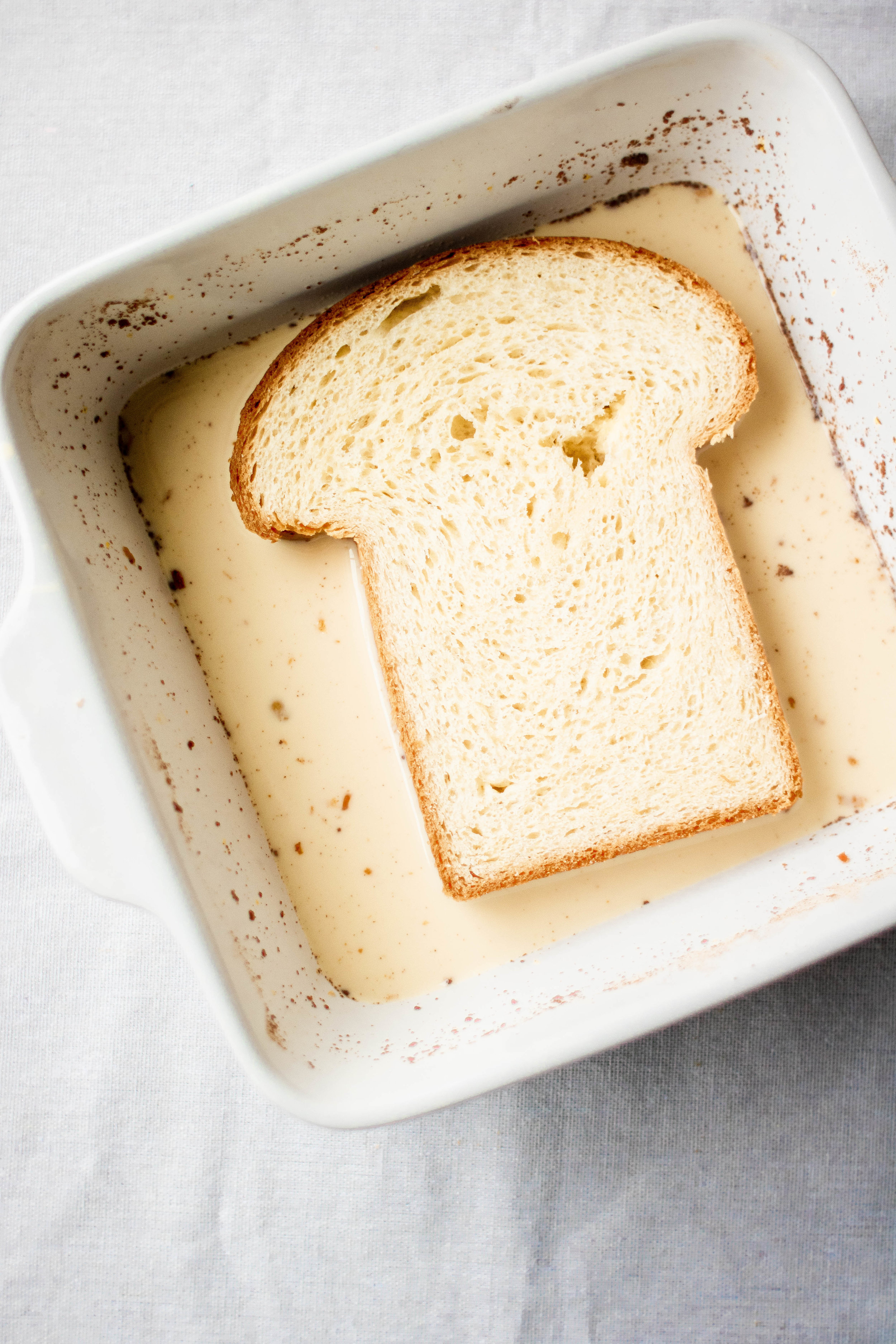 Possibly one of the easiest breakfasts you can make on a weekend, but so warm and satisfying. You can really use any bread for this recipe, but a denser bread like brioche or challah truly is the best, in my opinion. And sure you could just make the french toast, slather some butter, drizzle some syrup and be done with it. But why would you want to miss out on the wild blueberry-rosé syrup?! Giving new meaning to rosé all day for your weekend brunch.

If you’ve never had wild blueberries, they are going to blow your mind. They are much smaller than regular blueberries, but what they lack in size they make up for in their sweet, tangy flavor and huge punch of antioxidants. They’re difficult to find fresh, so I used dried in the syrup (found at Trader Joe’s) but you can also use frozen wild blueberries or just regular fresh or frozen blueberries (see notes at the bottom of the recipe if you’re substituting in a different type). The rosé adds nice acidity and once you’ve opened the bottle you might as well have a glass with your brunch. I mean, it’s only right. So use up that bread and enjoy brunch and a glass of rosé in bed, you deserve it. 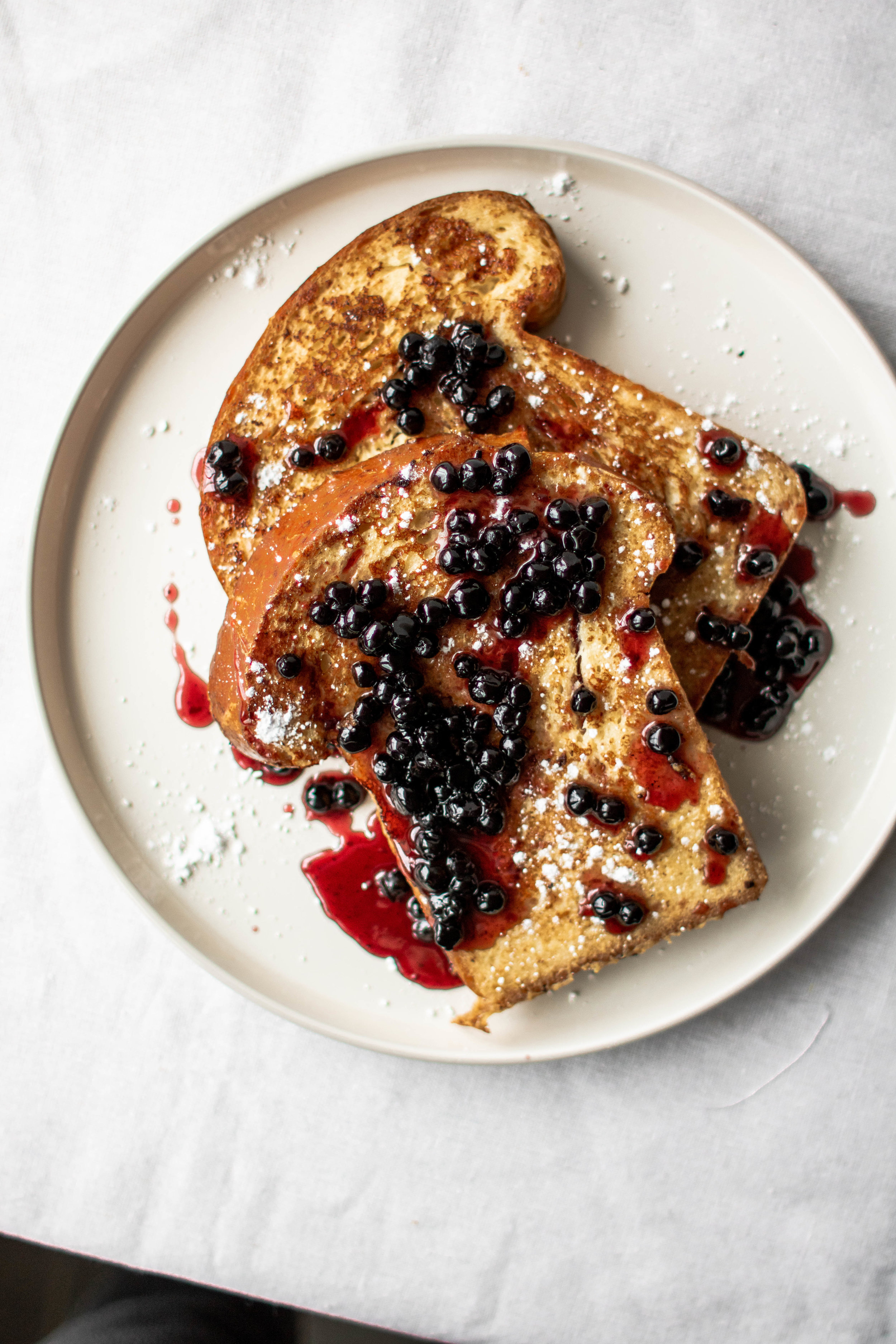 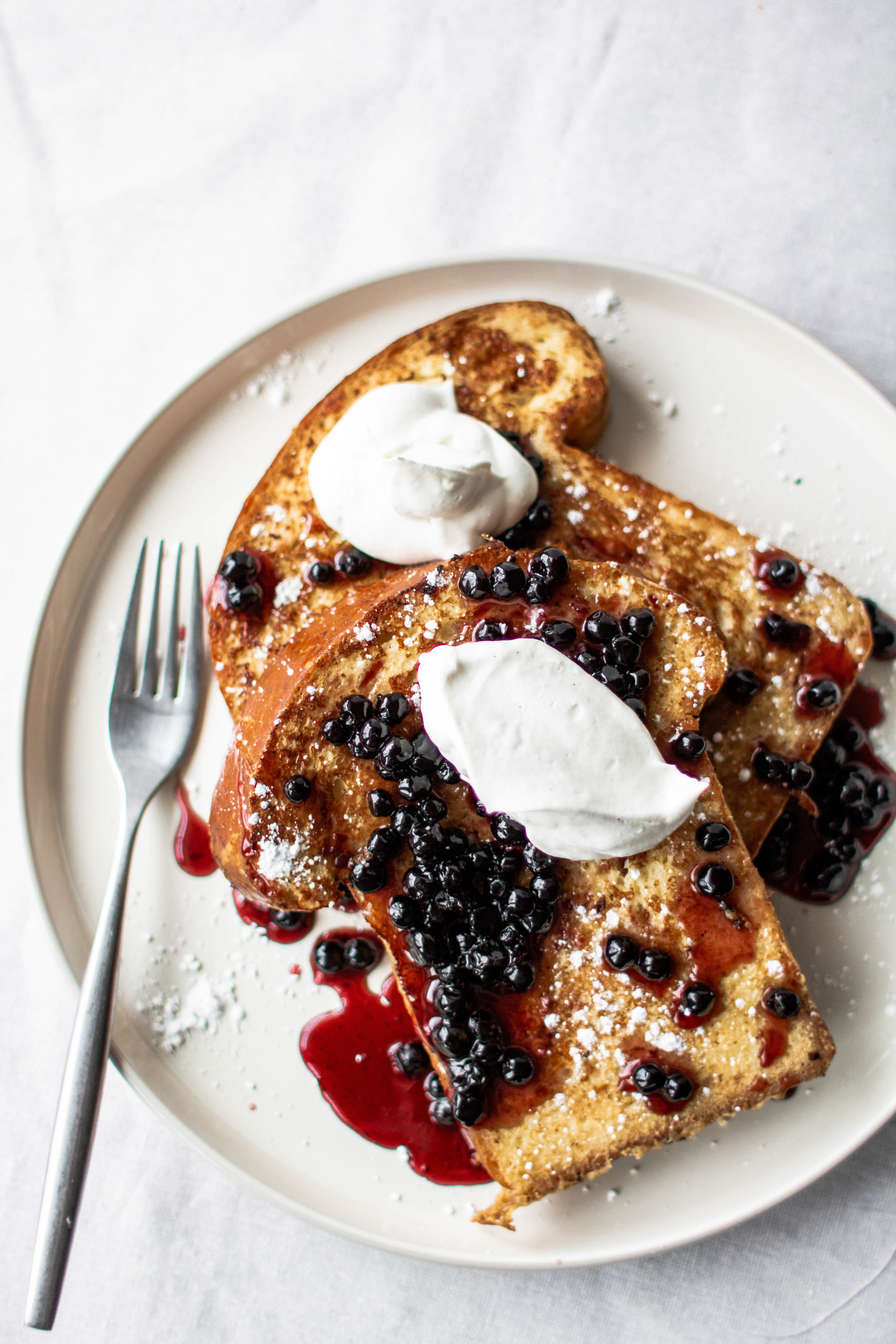 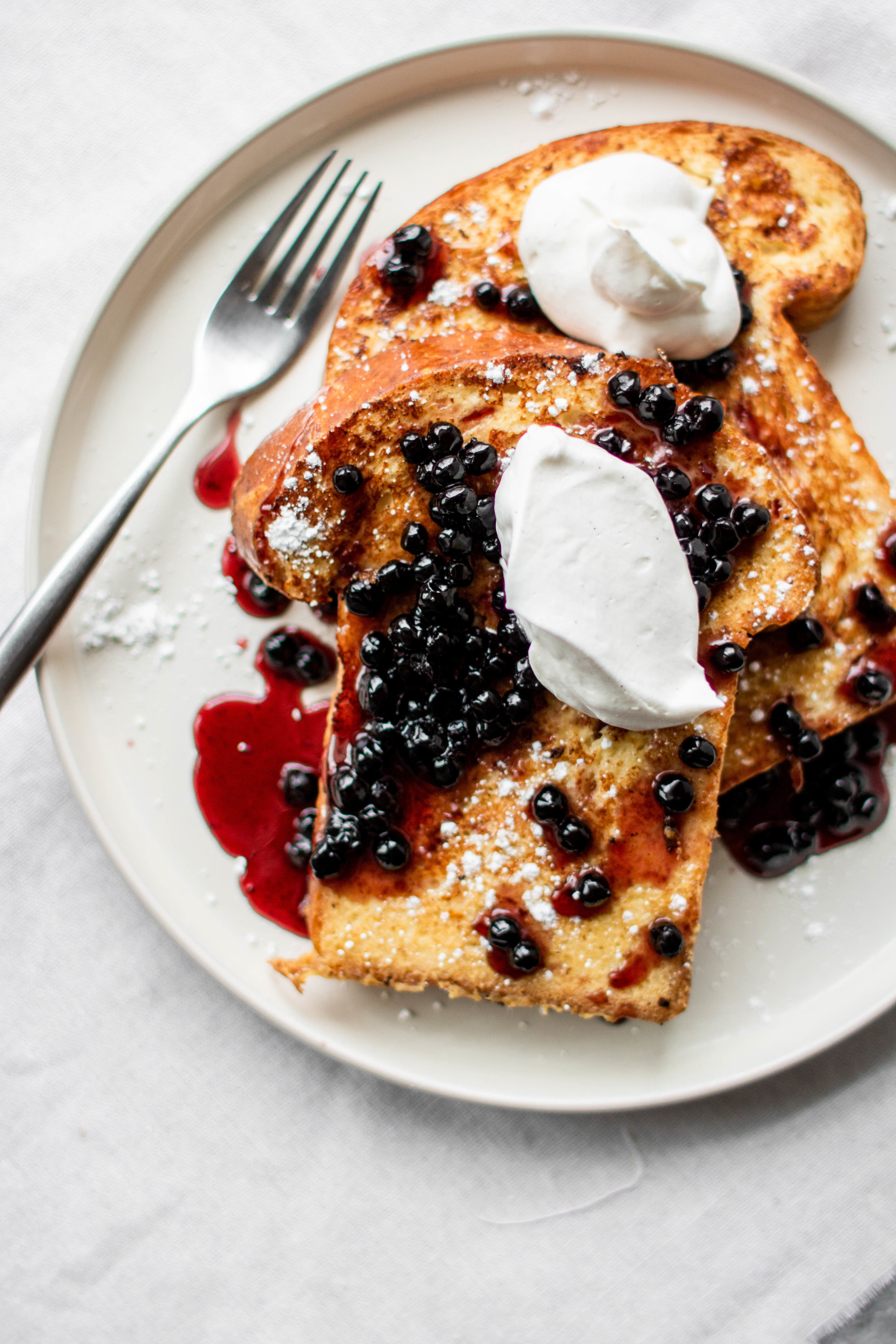 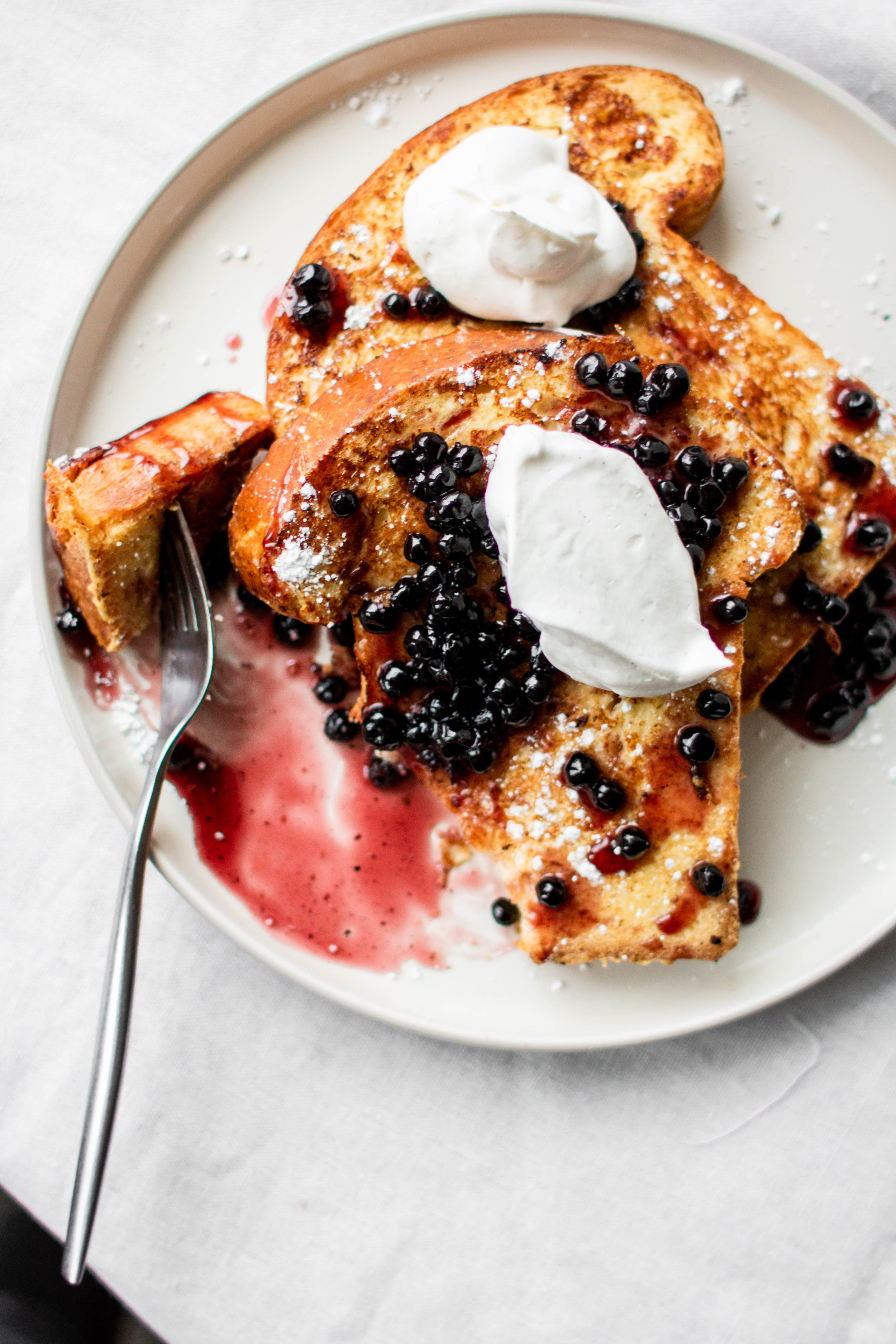 Any bread can be used for this but brioche and challah are my favorites. Make sure you use slices that are at least 1 inch thick. Dried wild blueberries can be found at Trader Joe's. You could use fresh or frozen blueberries, but I would up the sugar to 1/2 cup, omit the water, and use 1 tablespoon of cornstarch mixed with 2 tablespoons of water.